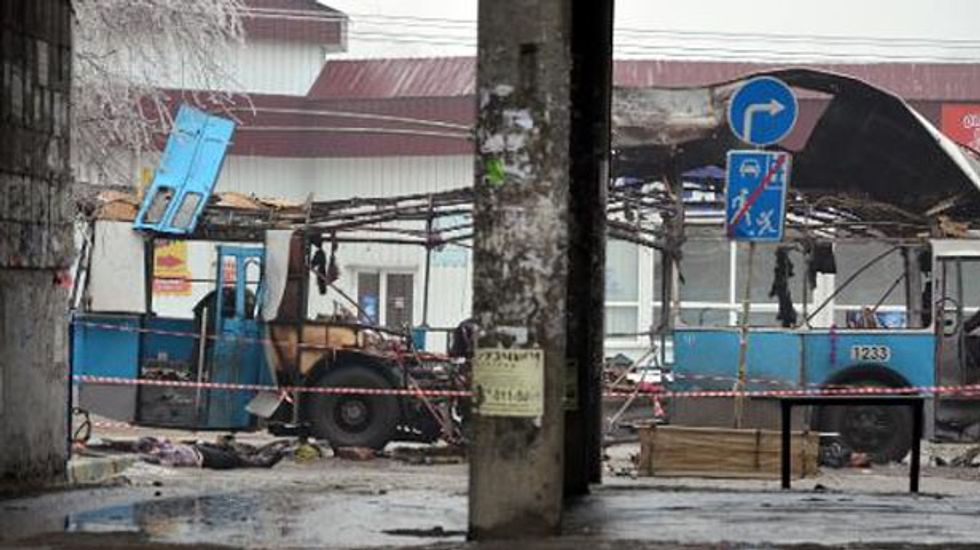 The United States on Monday called for closer security cooperation with Russia ahead of the Sochi Winter Olympics, after two deadly bombings in the city of Volgograd.

"The US government has offered our full support to the Russian government in security preparations for the Sochi Olympic Games, and we would welcome the opportunity for closer cooperation for the safety of the athletes, spectators, and other participants," National Security Council spokeswoman Caitlin Hayden said in a statement.

At least 14 people were killed Monday when a suicide bomber blew himself up on a packed trolleybus in the city during the morning rush hour. On Sunday, another similar attack claimed 17 lives.

Hayden said that the United States "condemns the terrorist attacks that struck the Russian city of Volgograd and sends deepest condolences to the families of the victims with hopes for the rapid healing of those wounded."

"The United States stands in solidarity with the Russian people against terrorism," she said.

The attacks raised alarm about whether the ongoing anti-Kremlin insurgency in the Northern Caucasus could affect the Sochi Winter Games, which open on February 7.