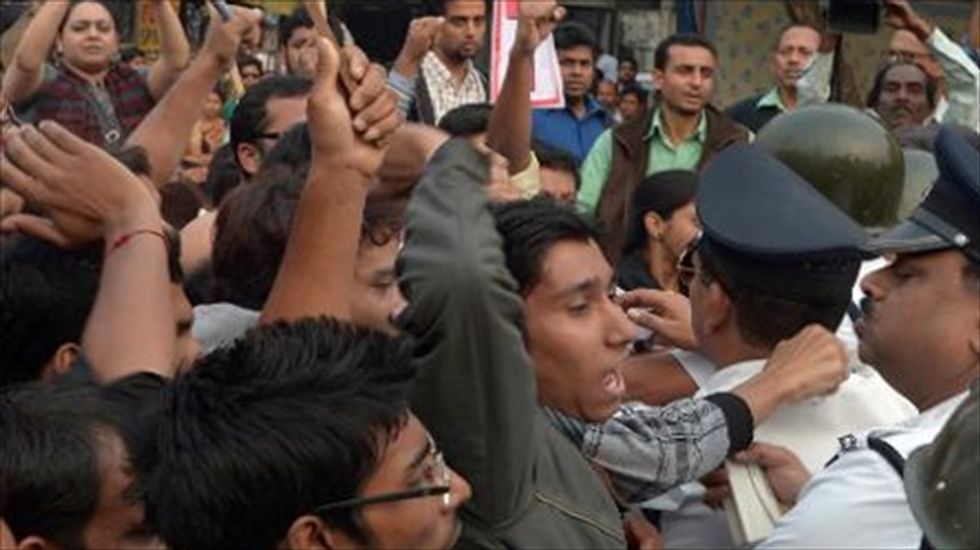 The United States sought to end a row with close ally India over the arrest of a diplomat, with the State Department's top officials calling their Indian counterparts for the third time in two days.

The two women had already spoken on Wednesday, when top US diplomat John Kerry tried to end the row in a telephone call to India's national security adviser Shivshankar Menon.

Kerry expressed "regret" and stressed concern that the issue not be allowed to hurt a "vital relationship."

The row was sparked by the December 12 arrest of Devyani Khobragade, India's deputy consul general at its mission in New York, as she dropped her children off at school.

The 39-year-old, who is now free on bail, was detained over allegations that she paid an Indian domestic worker a fraction of the minimum wage and lied about the employee's salary in a visa application.

Subsequent revelations that she was strip-searched have caused outrage in India and prompted a series of reprisals, including the removal of protective barricades outside the American Embassy.

But on Thursday, New Delhi sought to defuse the tensions with Washington, with Foreign Minister Salman Khurshid stressing that his "duty is not to allow anyone to damage relations."

"We hope it will return (to normalcy) very soon," he said.

And Harf stressed that the "isolated episode" was "certainly not indicative of our broad and deep and vital bilateral relationship."

"We work together on a host of issues, whether it's economic issues, trade, Afghanistan (or) other issues, and that is only going to continue to increase," the State Department deputy spokeswoman added.

Khurshid nonetheless urged the United States to drop the case against Khobragade and apologize for her "terrible" treatment.

The foreign minister confirmed India was transferring Khobragade to its UN mission in New York to secure her full diplomatic immunity, instead of the partial immunity she currently has.

But the State Department must first be informed and give the green light.

And Harf noted that usually, a change in diplomatic immunity status "is not retroactive" and Khobragade would thus not enjoy immunity from the charges in the domestic worker case.