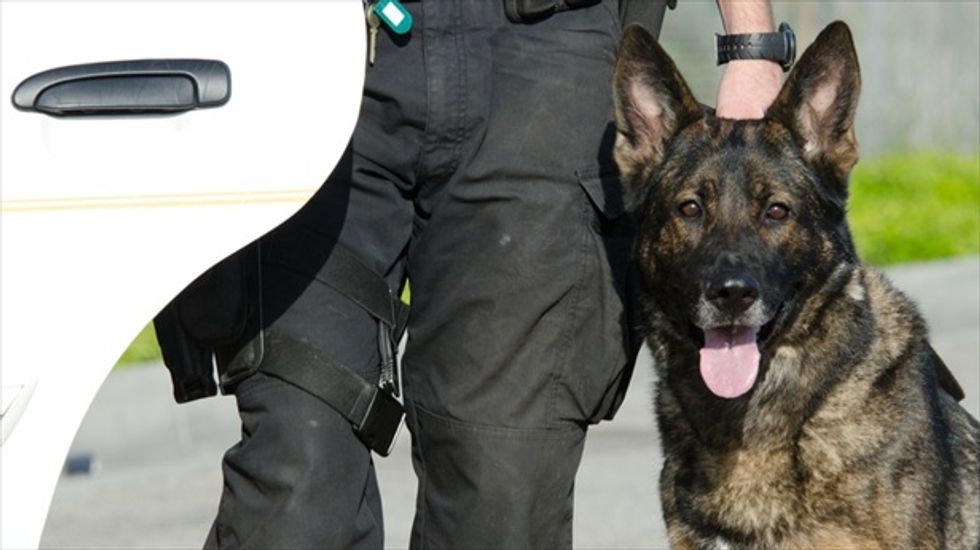 A Utah man faces a $25,000 arrest warrant on top of charges of lewdness, disorderly conduct charges and biting a police dog after being spotted causing a disturbance at a gas station.

The Associated Press reported on Tuesday that 27-year-old Erasmo Guadalupe Garcia-Serna failed to appear in court on Tuesday, violating a Nov. 25 request from his attorney for more time to explore "possible mental health issues" before moving ahead with his case.

Garcia-Serna first came into contact with authorities on Oct. 28, when police in West Valley, Utah, allegedly found him naked, yelling and trying to rip the gas hoses off the pumps.

"I said, 'I've got a police dog, get on the ground, you're gonna get bit by the dog,'" Officer Todd Zahlmann told KUTV-TV. "He kept coming at me in a very threatening manner, so I released Lobo."

Lobo, Zahlmann's K-9 partner, then charged the suspect and bit him in the chest. But Garcia-Serna then reportedly began biting the dog on the neck.

"[Lobo] is now getting assaulted, so now I had to go in and help, to prevent him from getting hurt and injured," Zahlmann said to KUTV.

According to the AP, Zahlmann used his Taser against Garcia-Serna after kicking him three times to no effect. Garcia-Serna was arrested, but neither he nor the dog were critically injured.

The Salt Lake City Tribune reported that the suspect was released from jail on Nov. 15 after promising to make the Nov. 25 hearing.

Watch KUTV's report on the suspect's encounter with Lobo, aired on Tuesday, below.

[Image: "A Police Dog Next To His Handler And Their Patrol Car" via Shutterstock]