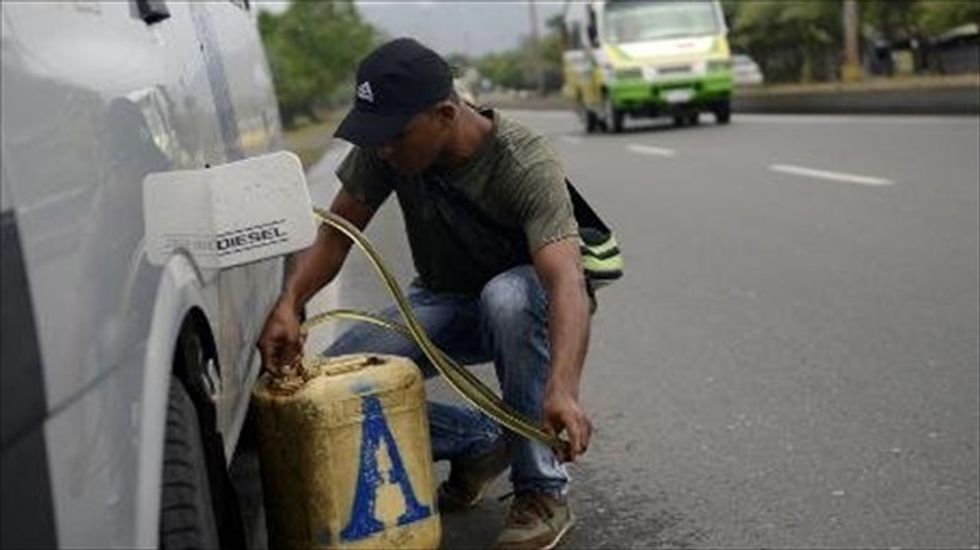 A man extracts gasoline from a Venezuelan car in Cucuta, Colombia, on the border between the two countries [AFP]

Venezuela on Monday floated the idea of raising gasoline prices, in one of the least expensive fuel markets in the world.

"We have to have big debates in Venezuela," Vice President Jorge Arreaza said Monday in a meeting with business leaders.

"For example, we have to talk about budget issues, for example the price of gasoline, starting to charge for it since it is given away almost for free," he added.

In this OPEC member state sitting atop the world's largest proven reserves of crude, cheap gasoline is seen as basically a birthright. Politically, it has been taboo even to bring up price hikes.

Arreaza said the idea would be studied in consultation with "the people, in neighborhood councils, with businesses and with all Venezuelans."

A liter of gasoline in Venezuela costs less than 0.10 bolivar; the bolivar officially trades at 6.3 to the dollar.

Filling up one's tank typically costs less than a candy bar would. The price has not gone up in over 20 years.

Economic reforms are needed to "balance the situation once and for all in Venezuela," which has 54 percent inflation, Latin America's highest, and very sluggish growth.

Venezuela loses an estimated $1.4 billion a year just on gasoline smuggled to neighboring Colombia where it is costlier.