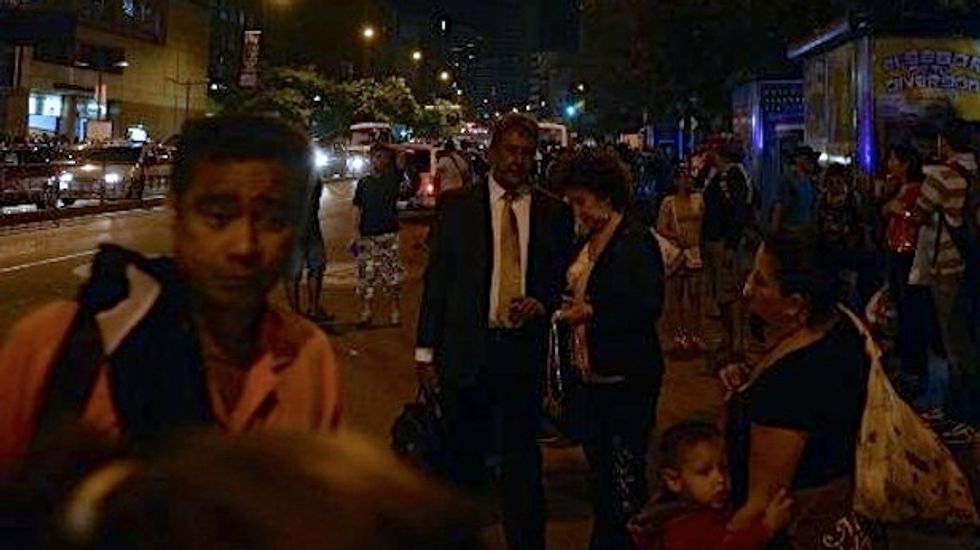 Caracas and other cities in Venezuela plunged into darkness Monday night as a power cut hit just as the president was speaking on TV and radio, with local elections five days away.

President Nicolas Maduro, who was elected in n April after the death of Hugo Chavez, later blamed the backout on the "fascist right."

He called it "live sabotage on the electrical grid." Maduro, a former union leader and bus driver, is struggling to establish the stature and following enjoyed by his political mentor Chavez, who died of cancer in March.

The December 8 municipal elections are considered a test of Maduro's popularity and performance since taking power.

"There is no reason for today's blackout," he said from the presidential palace. "All Venezuelans are strangely surprised."

He said it started in the same place where a blackout in September left 70 percent of the country without power for at least three hours.

Then, too, the leftist Maduro blamed his political opponents.

Chacon said a probe was underway.

In Caracas, cars drove through darkened streets. Only hotels and other buildings with emergency generators had some light.

In 2010 Chavez imposed severe electricity rationing because of what he called problems with Venezuela's main hydroelectric dam and wasteful use of energy.

In April Maduro declared another electricity emergency and extended it in August for another 90 days, even though he said the sector had improved considerably.

Despite being one of the world's largest oil producers, Venezuela is regularly affected by power cuts.