Virginia GOP chair: Obama is 'so close to death' that he needs life insurance 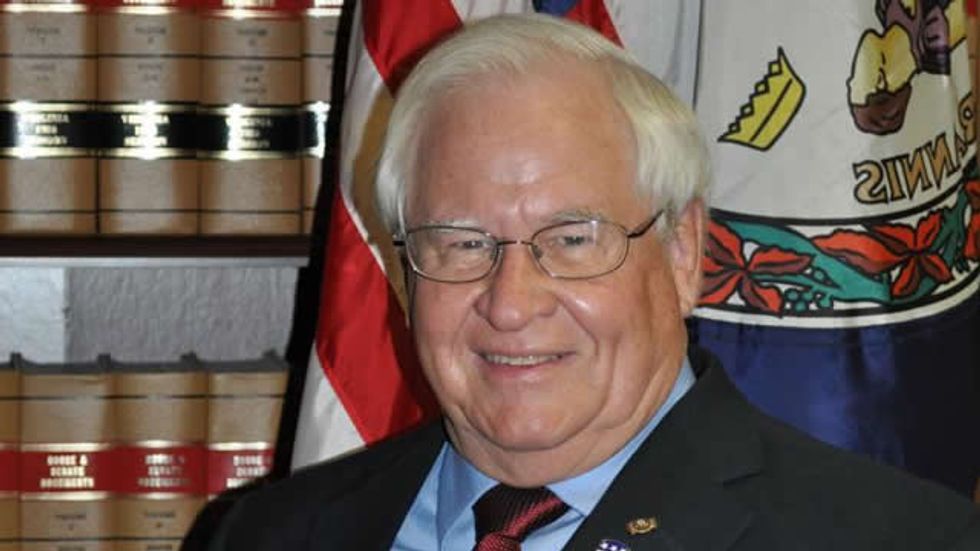 Democratic lawmakers in Virginia are calling for the head of the state's Republican Party to resign after he recently joked that President Barack Obama was "so close to death" that Gov. Terry McAuliffe (D-VA) needed to buy a life insurance policy.

Over the weekend, about 450 members of the Republican Party of Virginia (RPV) met for the annual "Advance," a retreat at a former Confederate War hospital that is now a popular resort in Hot Springs.

But according to Politico, party leaders weren't interested in soul searching after losing all three statewide races to Democrats for the first time in 24 years.

“This year, our message couldn’t break through and we paid a price,” he lamented. “This is false narrative by false prophets... Republicans do not win when we are mini-Democrats or Democrat Lite.”

In fact, Mullins seemed more sure than ever that the health care law was going to give Republicans the upper hand in dealing with the state's new Democratic governor.

“Obama’s so close to death that Terry McAuliffe is about to buy a life insurance on him," Mullins joked. "I’m looking forward to taking the gloves off!”

On a Monday conference call, Virginia state Democratic Sens. Mamie Locke and Donald McEachin called for the RPV chairman to step down over his comments.

"Sadly, this isn't the first time Virginia Republicans have used offensive, violent rhetoric against President Obama," McEachin said, according to Blue Virginia. "Saying that President Obama is close to death is unacceptable in our political discourse, and the chairman really should be ashamed of himself. He's decried this type of rhetoric before... and yet somehow it keeps appearing in his speeches, in his public comments."

"To my mind, this is yet another example of just how unwilling to change and how unbridled in their opposition to President Obama the Republicans are," he added. "Instead of making insulting, incendiary comments about the President, intended to fire up the same Tea Party base that drove Virginia Republicans to statewide losses in 2013, Chairman Mullins would be better suited to look in the mirror and examine how out of touch Virginia Republicans have become with people across the Commonwealth. But that would require the GOP to acknowledge its past mistakes and to learn from them, and it's clear they have no interest in doing that."

Locke agreed that the Virginia Republican Party strategy "going forward will be to continue kowtowing to the tea party."

"That's disappointing, especially coming off an election in which Virginia Democrats swept all three statewide offices for the first time in nearly 25 years," Locke said. "You'd think Republicans would take this as an opportunity to learn from past mistakes and begin moderating their approach, but instead it's the same old Virginia GOP - get them fired up by Ken Cuccinelli, EW Jackson, and Pat Mullins."