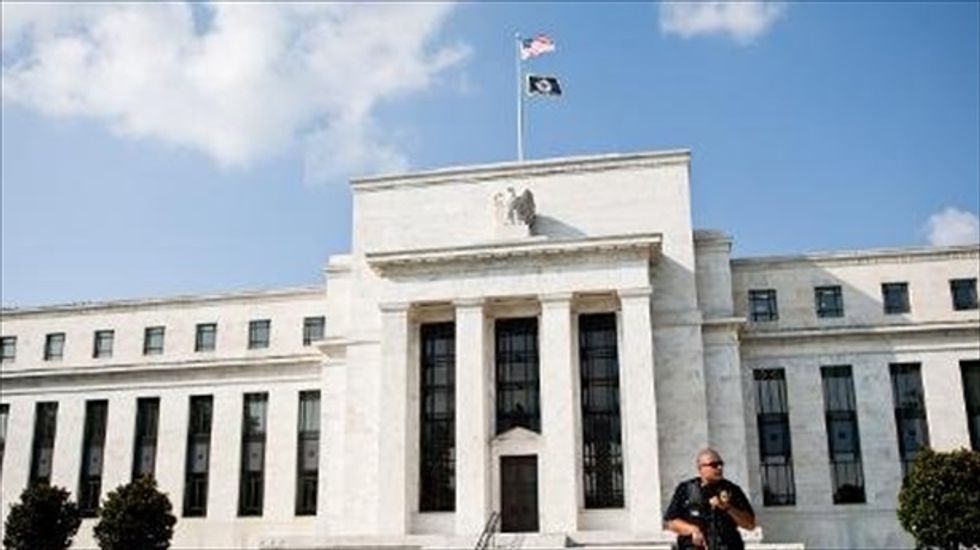 A major cornerstone of financial services reform -- limits on the proprietary trading done by regulated banks -- faces a ratifying vote by government agencies Tuesday after years of internal wrangling over the terms and scope of the new rules.

Known as the Volcker Rule, the regulation would require banks to refrain from speculative trading in the market for their own gain. Banks would also be prohibited from investing in hedge funds and outside entities that engage in similarly-speculative investments. The rule, named for former Fed Chairman Paul Volcker, is a key part of the Dodd-Frank reforms passed in the wake of the financial crisis of 2008.

The underlying rationale for the rule is that banks should not be adding certain kinds of risk to their portfolios when the public might be expected to shoulder losses in the name of protecting the financial system from systemically-important "too big to fail" entities.

Congress required five regulatory bodies -- The Federal Reserve, the Office of the Comptroller of the Currency, the Federal Deposit Insurance Corporation, the Securities and Exchange Commission and the Commodity Futures Trading Commission -- to draft policies to implement the Volcker Rule. Treasury Secretary Jack Lew gave the agencies until the end of the year to come to terms on implementation.

The particulars of the rule have been under heated debate for years, however. The defining line between proprietary trading and market making activities -- the buying and selling done to ensure a liquid market, with no significant position taken by a bank -- has been a sticking point in discussions between various regulatory bodies and the financial services community. So has making a distinction between proprietary trading and hedging against risks.

The $6 billion lost in the "London Whale" scandal at J.P. Morgan were attributed to hedging activity that the bank's chairman Jamie Dimon initially argued would be perfectly legal under the Volcker Rule. But after those losses, regulators began to rethink how the rule might ultimately be implemented.

This will be a key test of reform, wrote Ezra Klein in the Washington Post's Wonkblog. "If the Volcker Rule couldn't have stopped the London Whale trade, it’s fairly useless as a piece of reform," he wrote. "Early leaks suggest that portfolio hedging won’t be allowed under the final version of reform. Treasury Secretary Jack Lew has also explicitly said in recent remarks that 'the [Volcker] rule prohibits risky trading bets like the ‘London Whale’ that are masked as risk-mitigating hedges.'"

The manner in which regulators will approach violations also remains a question. Some regulatory agencies, like the Federal Reserve, tend to negotiate quietly with regulated entities to prevent violations, while others like the SEC tend to enforce violations publicly, Bloomberg News reported.

And everyone seems to expect additional delays due to inevitable bouts of litigation as lawyers look for ways around the rule. The New York Times noted that a big law firm has gone as far as installing extra printers in its conference rooms to print out multiple copies of the rule once it passes, to begin the process of finding a way to tear it apart.

Sen. Ted Cruz (R-TX) won a lawsuit this week against the Federal Election Commission in a U.S. Supreme Court decision that campaign finance watchdogs denounced as a "mockery" of the law.

The court's six conservative justices struck down a law that capped how much campaign cash a candidate could use to repay loans to their campaign, after Cruz sued to recoup exactly $10,000 he had loaned his campaign the day before the 2018 election, in a case that appears deliberately aimed at weakening the McCain-Feingold Act, reported The Daily Beast.