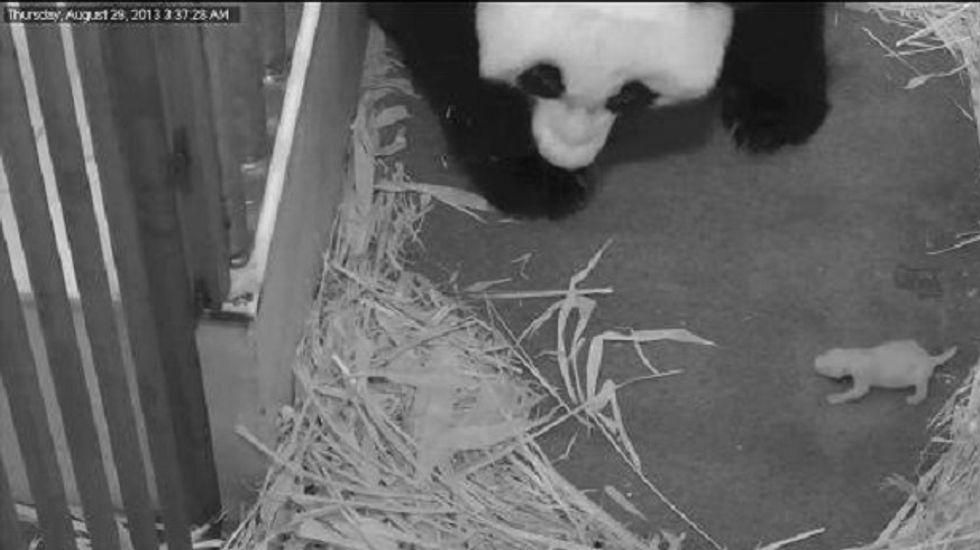 AFP - Washington's National Zoo giant panda cub was named Bao Bao on Sunday and visitors will get their first glimpse of the female captive in a month.

Bao Bao -- "treasure" or "precious" in Chinese -- is only the second cub to ever survive birth at the National Zoo since 1972, when it received a pair of giant pandas following president Richard Nixon's visit to China.

In line with Chinese tradition, the zoo baptized the tiny panda -- daughter of two pandas kept at the tourist attraction -- 100 days after her August 23 birthday.

During a ceremony, Assistant Secretary of State for Oceans and International Environmental and Scientific Affairs Kerri-Ann Jones and Chinese Ambassador Cui Tiankai revealed two small certificates on which the name was written in English and Chinese.

The zoo reminded visitors that they could watch Bao Bao on a webcam (nationalzoo.si.edu/animals/webcams/giant-panda.cfm) while waiting to see her in person in early January.

The pandas are considered a symbol of friendship between China and the United States.

First Lady Michelle Obama, the president's wife, hailed Bao Bao as a "symbol of the growing connection between our two countries" in a video message.

Cui explained that the Chinese tradition of waiting 100 days before naming a cub "represents the wish that the baby... will live as long as 100 years."

Bao Bao, who was only about the size of a stick of butter when she was born, weighed 10.8 pounds (4.9 kilograms) on November 22 and reacted to noises, according to the zoo.

After four years, the newest member of Washington's panda family will be sent to China and become part of a breeding program there, as part of a cooperative breeding agreement.

More than 123,000 people voted to name the panda on the zoo's website.

Pandas are notoriously reluctant breeders when held in captivity.

In September 2012, she gave birth to a female cub, but it died six days later from liver damage due to underdeveloped lungs.

Her first cub, Tai Shan, was born in July 2005 as a result of artificial insemination. He now resides at the Bifengxia Panda Base in Ya'an, in Sichuan province.

Fewer than 1,600 pandas remain in the wild, mainly in China's Sichuan province, with a further 300 in captivity around the world.

But this summer was busy in the panda world, with births in Madrid, Vienna and Atlanta, Georgia. China also recorded the only double birth of the year.