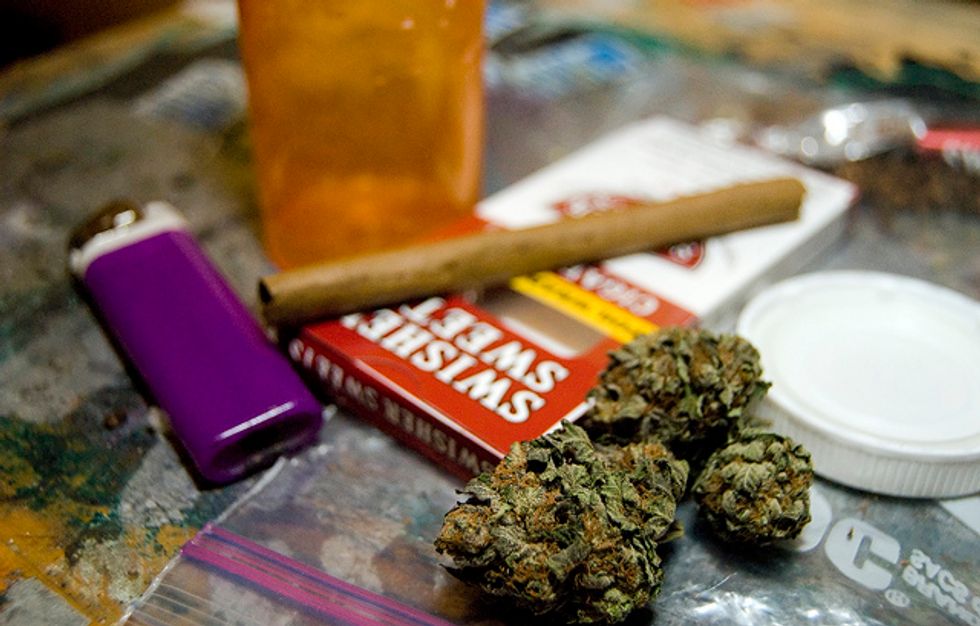 A Georgia Wendy's employee was fired and arrested for marijuana possession after she stowed a half-smoked marijuana "blunt" in a customer's cheeseburger, wrapped it and served it.

The Associated Press reported that Amy Elizabeth Seiber admitted to smoking pot on the job and that she hid the drug-laced cigar in the food to avoid getting caught.

A woman customer pulled through the drive-through service window at the Wendy's restaurant in Lovejoy, GA, south of Atlanta on Nov. 1. She bit into her cheeseburger, but noticed it smelled strange.

Lifting the bun, she discovered the blunt, which is a hollowed-out cigar that is filled with crumbled marijuana and sealed with spit for smoking. Blunts can be made from any type of cigar, but users primarily stick to slimmer cigars like Swisher Sweets, cigarillos like Dutch Master Optimos, which come in flavors, or Philly Blunts, from which the rolling technique got its name.

The customer immediately reported the problem to the restaurant manager, who called the police. As soon as she saw police in the restaurant, Seiber confessed and was arrested and taken to Clayton County Jail.

Wendy's has apologized to the customer and offered to pay medical costs incurred when she experienced symptoms similar to food poisoning. Wendy's also offered the woman a $50 gift card.

The company, he said, has "apologized to the customer and have offered to pay the medical bills. Furthermore, the franchisee is working on a satisfactory resolution with the customer."