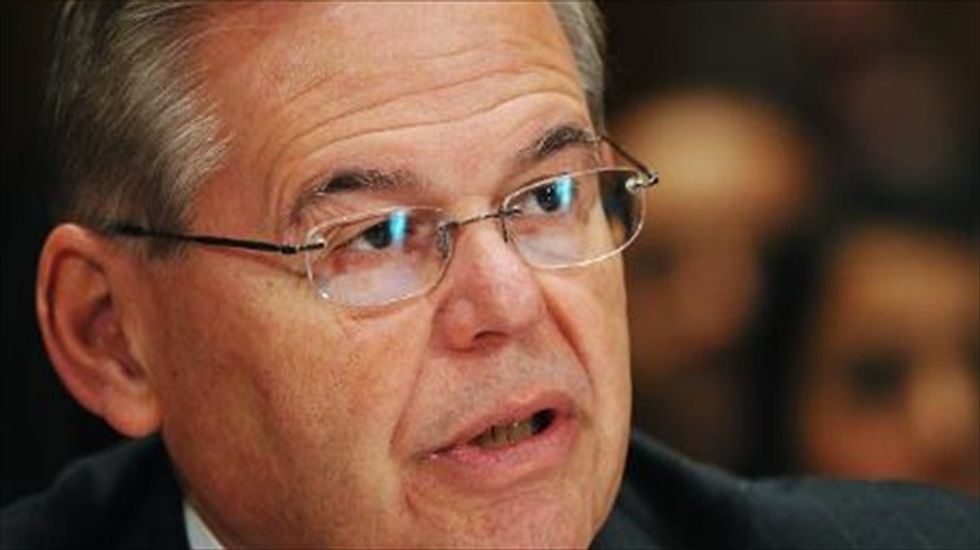 The bill, backed by both Democratic and Republican senators, would impose new sanctions on Tehran if it violated an interim nuclear agreement reached last month or if no final deal is reached.

But the White House appears alarmed that the move could undermine the Iranian negotiating team or offer the Islamic Republic an excuse to walk away from the negotiations.

"If it were to pass, the president will veto it," White House spokesman Jay Carney said.

Carney argued that the legislation was "unnecessary" because if a deal was not reached there would be no impediment to Congress, in conjunction with the White House, swiftly passing tougher sanctions.

"Current sanctions brought Iran to the negotiating table and a credible threat of future sanctions will require Iran to cooperate and act in good faith," said Menendez in a statement introducing the legislation.

It was not immediately clear if or when the bill could see a vote on the Senate floor. A vote this year is highly unlikely, with the Senate set to recess this week until early 2014.

Senate Majority Leader Harry Reid has indicated he is opposed to bringing such a bill to the floor in January, saying he agreed with the Obama administration's call to give the delicate negotiations a chance to work.

Should the landmark interim deal collapse, the proposed sanctions would require Iran to reduce its oil production and would apply new penalties to the Islamic republic's engineering, mining and construction industries.

The new legislation was introduced as negotiations were set to resume Thursday in Geneva between Iran and world powers in the so-called P5+1: the United States, China, Britain, France, Russia and Germany.