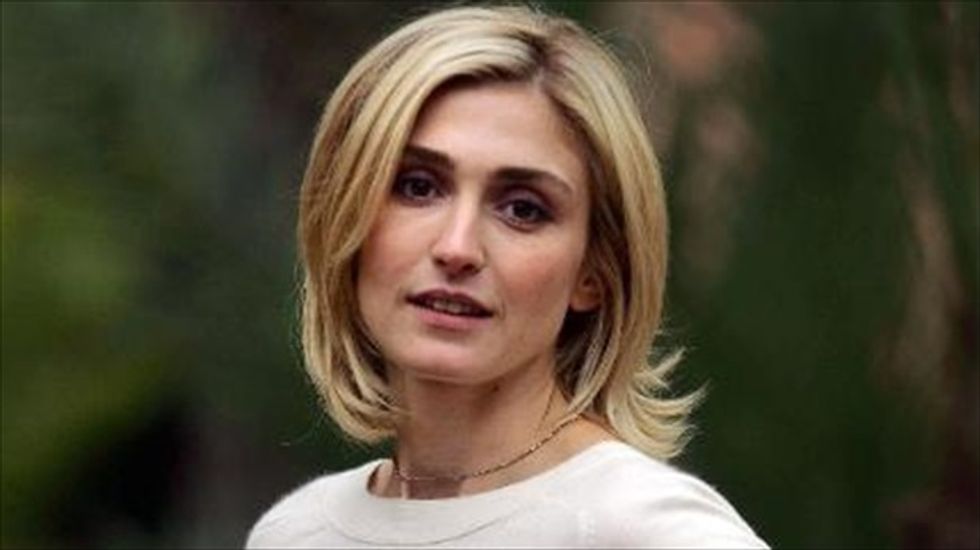 Actress Julie Gayet is suing Closer, the magazine that reported she had an affair with French President Francois Hollande, a spokesman for the glossy weekly told AFP on Thursday.

The move, under France's strict privacy legislation, came as concern mounted over the well-being of First Lady Valerie Trierweiler, who was hospitalised last Friday, hours after the magazine revealed her partner's liaison with Gayet.

In a revelation that added to the growing impression that Hollande is seeking to end the relationship, a source close to the couple said Hollande had not been to see Trierweiler since she was admitted to Paris's Pitie-Salpetriere -- a leading hospital but significantly not the one where major public figures get treatment.

Closer said Gayet, 41, was seeking 50,000 euros in damages and 4,000 euros in legal costs over the magazine's publication of photos of her and Hollande arriving separately for trysts at a borrowed flat near the presidential Elysee Palace.

Hollande has also slammed the report as an attack on his right to privacy but has ruled out legal action on his own behalf.

If Gayet's case is upheld, Closer will also have to publish the legal verdict on its cover page -- but its scoops should still be a money earner.

Earlier this week, the Italian-owned publication said it was on track to sell 600,000 copies of its edition with the Hollande/Gayet pictures, twice its usual circulation.

The magazine has promised another series of pictures and fresh revelations about the affair in a new edition on Friday.

Aides to Trierweiler said earlier this week that she had been hospitalised for tests, adding after her stay was extended that she needed further rest.

They have since released no further details of her condition and Hollande's only comment on her health was a terse, "she's resting", during a press conference on Tuesday at which he batted away questions about the affair and its implications.

A source close to the couple told AFP that Hollande had not been to visit Trierweiler and confirmed media suggestions that the relationship had been unravelling for months.

Citing journalist friends of Trierweiler who have been in touch with her, Europe 1 radio described the former Paris Match political reporter as being in a state of nervous exhaustion characterised by extreme mood swings.

The usually reliable station also reported that she was preoccupied with the idea that "enemies" at the presidential Elysee Palace must have conspired to ensure Hollande's affair became public with the aim of forcing her out.

A number of media reports have cited Elysee aides as hinting that they believe her hospitalisation amounts to "emotional blackmail" designed to prevent Hollande from dumping her.

Paris Match, which employed Trierweiler as a political reporter and for whom she still writes a literary column, depicted a relationship in its death throes.

The weekly described how Trierweiler became isolated and lonely as Hollande grappled with the pressures of office, which have been exacerbated by a stagnant economy and his plummeting approval ratings.

"Slowly the spiral of the nation's problems swallowed up the couple's intimacy," the magazine reported.

A source who has known Hollande for most of his political career said he was being urged to clarify whether it's over between him and Trierweiler.

"The problem is that he cannot say anything for as long as she is in hospital," the source said, adding that he believed Hollande could simply declare that he was now a "single president" in a move that would prevent the issue of any girlfriend's status from coming up in the future.

Hollande's predecessor, Nicolas Sarkozy, meanwhile is reported to be delighted by the recent turn of events, as he contemplates a political comeback which could see him go head-to-head with Hollande once more in the 2017 presidential election.

Sarkozy, who separated from his wife Cecilia and started a relationship with supermodel Carla Bruni during his term of office, said he would never have made the mistake of being caught out the way Hollande was.

"That is why I made things official with Carla quickly," Sarkozy was quoted as telling friends by satirical weekly Le Canard Enchaine.

"When you are president of the Republic you have to be aware of the risk of looking ridiculous and these photos of Hollande in his motorbike helmet leaving his mistress's place have made him ridiculous. He is president ridiculous."