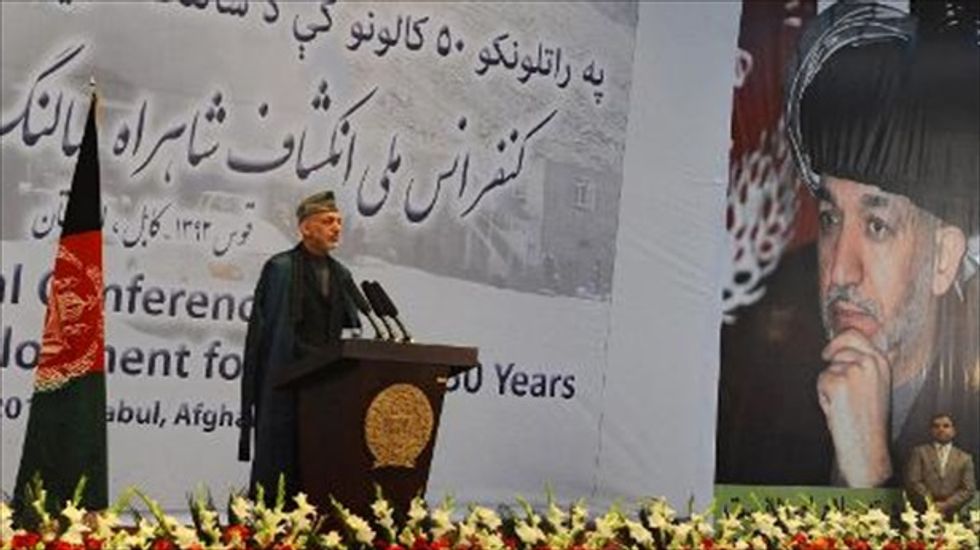 Millions of dollars in US aid is flowing into Afghanistan even though the ministries receiving the funds are incapable of managing such large sums of money, a US official report said Thursday.

Despite moves by the US Agency for International Development (USAID) to boost safeguards over direct assistance to the Afghan government, "a number of troubling issues remain," a special watchdog found.

The US has committed some $1.6 billion in direct aid to the Afghan government this year to fund some 18 programs across 10 ministries.

But according to the Special Inspector General for Afghanistan Reconstruction, "USAID contractors assessed 16 Afghan ministries and found they are unable to manage and account for funds."

"USAID's own risk reviews of seven Afghan ministries concluded each ministry is unable to manage US direct assistance funds," it added, also pointing to a high level of corruption among Afghan officials.

Despite its findings, USAID "waived its own requirements" for direct assistance and has "not required the Afghan ministries to fix most of the risks identified prior to receiving US money."

The watchdog also maintained that USAID had sought to hide its findings from Congress, which is responsible for setting US budgets.

But State Department spokeswoman Jen Psaki hit back, saying that "there are not billions of US assistance dollars going straight into Afghan government coffers."

"On the contrary, we have disbursed less than $300 million through rigorous accountable mechanisms that maintain US government control of funds throughout the process," she told reporters.

"All of our programs are managed by US officials, whether they use Afghan government systems or not."

The audit comes amid a standoff between Washington and Afghan President Hamid Karzai over a security pact to safeguard any US troops remaining in the country after international combat forces are withdrawn at the end of this year.

Karzai is refusing to sign the deal painstakingly drawn up over months with US Secretary of State John Kerry, in a move which the US says jeopardizes proper planning for a withdrawal.

The audit by the watchdog, known as SIGAR, may well exacerbate the situation as Karzai has long accused Washington of trying to undermine his authority.

SIGAR recommended that USAID should draw up a risk mitigation plan for each Afghan ministry.

But Psaki said that trying to "fix every problem in each ministry before we set up programs" was "not prudent use of US government resources."