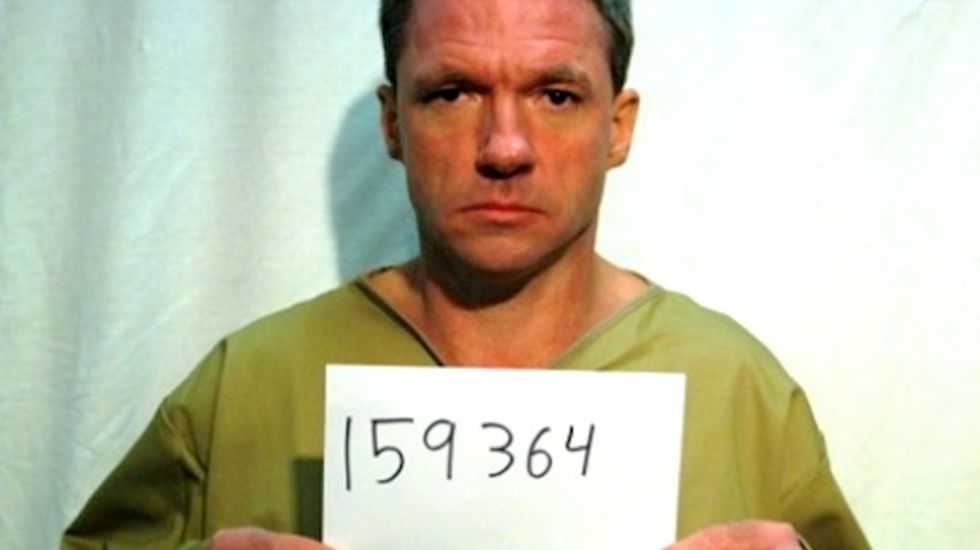 An Arctic chill kept the United States and Canada in the deep freeze on Tuesday as a record-breaking cold front saw temperatures drop lower than those recorded on the surface of Mars.

All of Canada and every U.S. state – except tropical Hawaii in the Pacific – recorded temperatures below freezing on Tuesday, even usually warm and sunny Florida and California.

It was so cold in Chicago that the polar bear at the Lincoln Park zoo was brought inside.

And an inmate who escaped in Kentucky, one of the usually temperate southern states, asked to be returned to prison after spending the night shivering in an abandoned house.

Vick, who was serving a five-year term for burglary and a six-year sentence for criminal possession of a forged instrument, was treated at a hospital for frostbite on his toes and fingers.

But the most dangerous cold – cold that can cause frostbite within a minute and death in a matter of hours – hit the Midwest, dragged down as the "polar vortex" brought frigid air from the Arctic.

Schools, businesses and government offices were closed down as water mains and pipes froze. Airplanes were grounded, trains were halted, and roads and sidewalks became ice rinks.

Colder than Mars, the South Pole

The town of Embarrass, Minnesota, recorded the lowest temperature in the United States Tuesday at a frigid -37 Celsius (-35 Fahrenheit).

The Mars Rover has been sending back daily temperature readings from its tour of the Red Planet ranging from -25 to -31 degrees Celsius (-13 to -24 degrees Fahrenheit).

"To be fair, though, Mars is still way colder," the Smithsonian Institute wrote in a blog post. "The Curiosity rover is driving around in a crater at, roughly, the equivalent latitude of Venezuela."

But then again, Mars is 78 million miles further away from the Sun.

The wind chill, a calculation that represents how much colder it feels when the blinding gusts hit you in the face, dipped as low as -52 Celsius in Montana and was in the -40 to -50 Celsius range from North Dakota on the northern border with Canada to Maryland on the East Coast.

That's cold enough to toss a cup of boiling water into the air and watch it turn into snow before it hits the ground.

In comparison, the Amundsen-Scott South Pole Station recorded a temperature of -23 Celsius (-9 Fahrenheit) and a wind chill factor of -35 Celsius (-31 Fahrenheit) on Tuesday.

The brutal chill came as people in the Great Lakes region were still digging out from two massive snow storms that dumped more than two feet of snow.

More than 500 people spent Monday night stuck on a train that was stranded by snowdrifts on the line between Detroit and Chicago.

Commuter rail and even Chicago's famed elevated trains were also knocked out of service by the snow and frigid temperatures, which froze switches and signals.

Nearly 2,500 flights were cancelled in the United States on Tuesday and 3,400 were delayed. That brought the total of flights cancelled since the latest snowstorm hit Thursday to more than 18,000.

Police reinforcements were called in to the airport to deal with rising tension among stranded travelers.

The governor of Illinois declared a state of emergency Monday and called up the National Guard to help rescue stranded motorists as high winds whipped up blinding snow.

Even hardy Canadians were complaining of the cold amid widespread power outages.

Temperatures as low as minus 50 degrees Celsius with a wind chill plunged the western Prairies region into a deep freeze.

The streets of Toronto, Montreal, and the capital Ottawa were coated with black ice after unusually warm temperatures brought rain Monday before the mercury plunged overnight.

Meteorologists predict the cold snap will ease off on Wednesday.