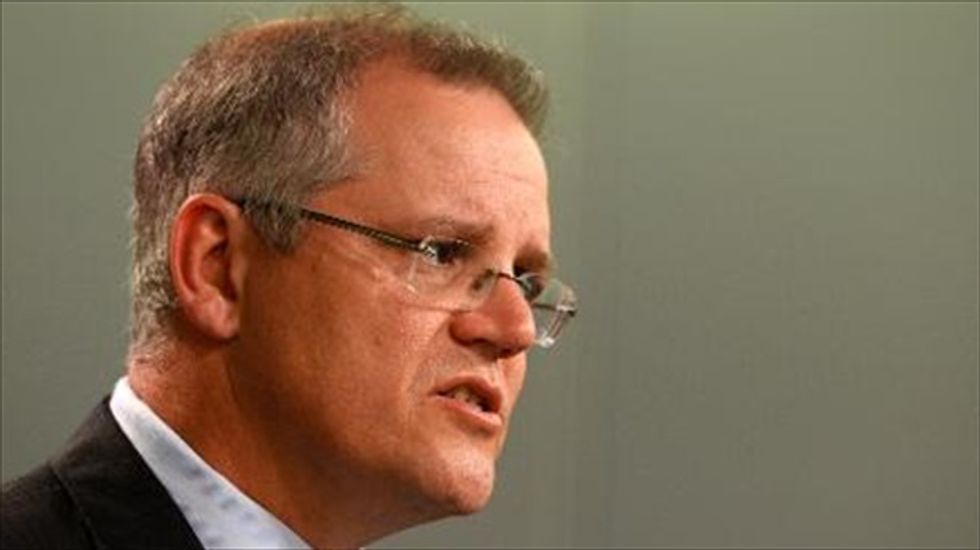 The Australian government said Friday it had apologised unreservedly to Jakarta after its navy "inadvertently" violated Indonesian waters.

She also gave "an assurance that such a breach of Indonesian territorial waters would not re-occur".

He said the government received information on Wednesday that Australian authorities had "inadvertently" entered Indonesian waters on several occasions, in breach of Australian government policy.

"I should stress this occurred unintentionally and without knowledge or sanction by the Australian government," he said

Under Australia's new government, asylum-seekers arriving by boat are sent to Pacific islands camps for processing with no chance of settlement in Australia, while boats intercepted at sea can be turned back to Indonesia.

The policy has angered Indonesia which has suggested it could infringe its sovereignty.

Campbell said the breaches involved "the passage of a vessel or vessels on several occasions".

"Positional errors have been made in the movement of our vessels," he said.

"The personnel on these vessels believe they were at all times operating outside Indonesian waters.

"I believe our people were acting in good faith."

The chief of staff and the head of the border protection agency would review the violations, Morrison said.