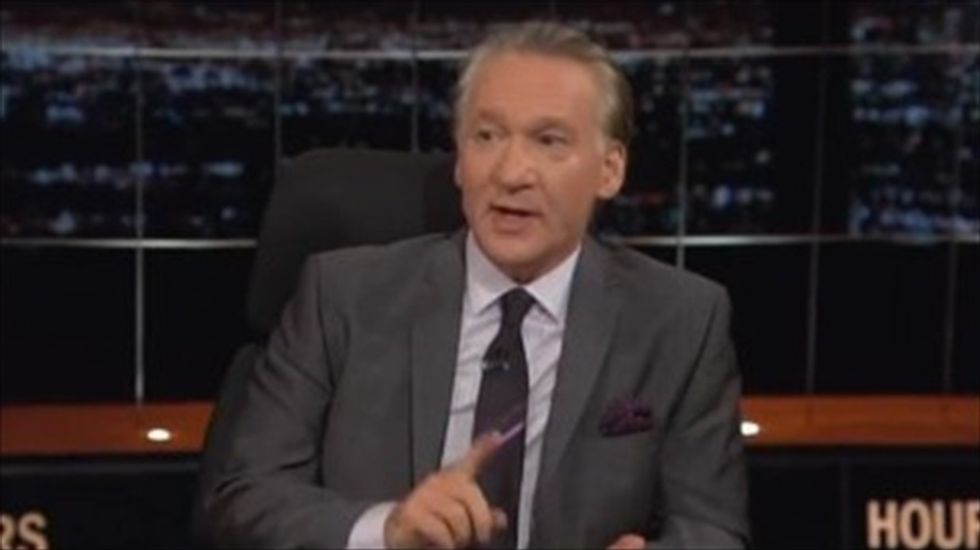 "That's a great point," Maher told guests Josh Barro, Howard Dean and Carly Fiorina. "Thug is now the 'N-word.' I think it's a very creative way to point out the fact that racism has really kind of gone underground in this country."

"When people do that, whenever they see a Black guy they don't like, [they say] 'thug,'" Maher argued. "Because it's socially unacceptable now, unlike it once was, to say the 'N-word.' So that's sort of the word that they use, instead."

However, Dean -- who, as Maher pointed out, has been "unfairly pilloried" for his own show of excitement -- also thought the "thug" label was used unfairly against Sherman.

"He was the second-ranked student in his high-school class," Dean said. "He went to Stanford."

"And he's from Compton," Maher interjected.

"But he's worked his way up," Dean said.

"He's from Compton, got to Stanford and he's a millionaire," Maher said. "He is the American dream."

"He himself has said, 'Maybe I shouldn't have said that,'" Dean pointed out. "Which is more than I ever said about my speech."

"You didn't do anything wrong," Maher insisted.

Barro pointed out that Black public figures are expected to behave with more "humility" than their white counterparts.

"When Donald Trump goes off about how great he is, nobody's calling Donald Trump a 'thug,'" Barro argued. "And unlike Donald Trump, Richard Sherman actually is supposed to be really good at what he does for a living."