Bill Maher: GOP was wary of Christie after he got 'Kenya cooties' hugging 'President Blackula' 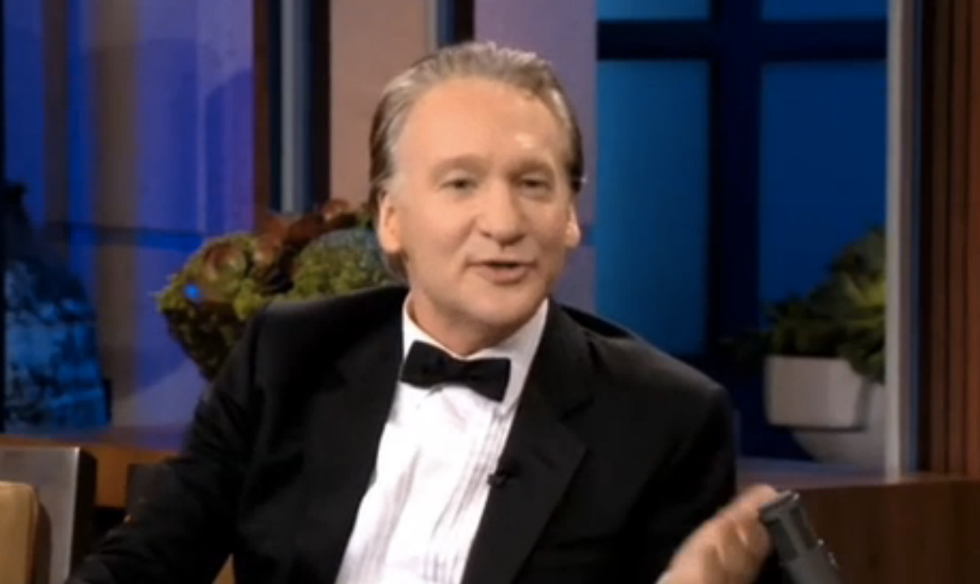 Bill Maher told Jay Leno on Wednesday night's edition of "The Tonight Show" that Gov. Chris Christie (R-NJ) was already damaged goods to many Republicans even before the scandal over the governor's decision to shut down the George Washington Bridge in the fall of 2013.

Leno said that as a result of the scandal, "With the exception of cholesterol, his numbers are down."

"I think it's funny that the Republicans are being accused of harboring a bully," Maher said. "As if that's a bad thing in the Republican Party?"

Republicans adore a bully, he said, from Rep. Michael Grimm (R-NY) threatening to throw a reporter off a balcony to "pit bull hockey mom" Gov. Sarah Palin (R-AK). Palin, Maher said, had nothing to offer to the party besides her meanness.

Her only other distinguishing trait, he said, was that she was "the least qualified public official since Caligula nominated his horse."

Christie, despite his appealing bumptiousness and willingness to bellow straight into his opponents' faces, was no big favorite among the bulk of the Republican Party. Maher said that Christie's words of thanks and expressions of collegiality toward "President Blackula" after Hurricane Sandy had doomed his GOP 2016 chances forever.

"After Hurricane Sandy, as we all know," Maher said, "he hugged President Blackula, so, you know, he's got Kenya cooties on him."

"It's the worst thing you can do as a Republican," he continued. "He actually praised him. He put his arm around him and said, 'You're doin' a heck of a job, Brownie!'"