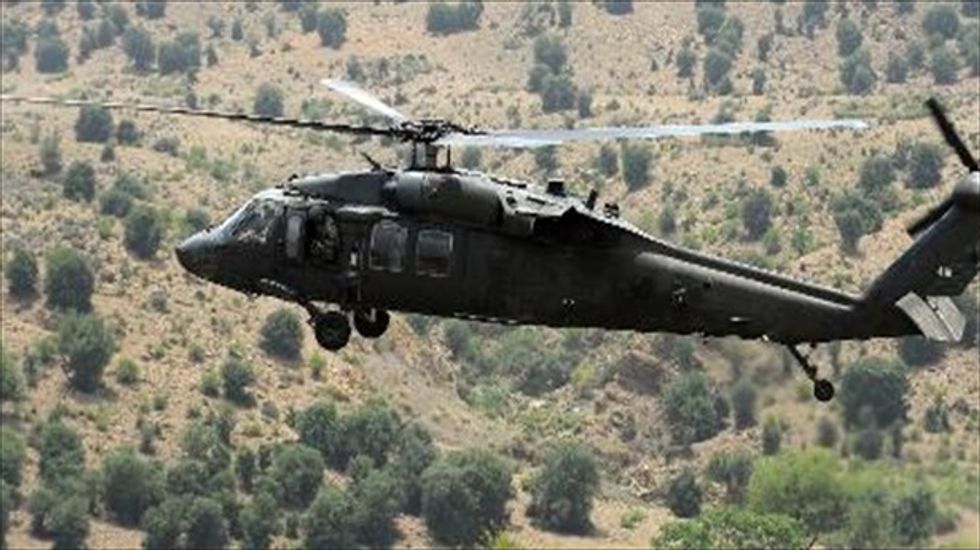 A US Blackhawk army helicopter flies over the mountainous area of Gorbuz district, on the border between Pakistan and Afghanistan [AFP]

A US soldier from an elite unit was killed and two others injured when their Blackhawk helicopter made a "hard landing" at a base in Georgia, the Army said Thursday.

The MH-60 chopper was conducting a "routine training" exercise at Hunter Army Airfield when it slammed into the ground around 11:24 pm (424 GMT) Wednesday.

The troops on board were part of the 160th Special Operations Aviation Regiment, known as the "Night Stalkers" for their specialty in nighttime operations.

"One Night Stalker was killed and two others were injured in the incident. The injured have been taken to a local hospital for treatment," the US Army said in a statement.

The accident, which was under investigation, marked the third helicopter mishap in a week for US forces.

And three service members died when a Navy MH-53 Sea Dragon helicopter went down off the coast of Virginia on January 8.

Officials said there was no sign of a more widespread safety problem associated with military helicopter flights.