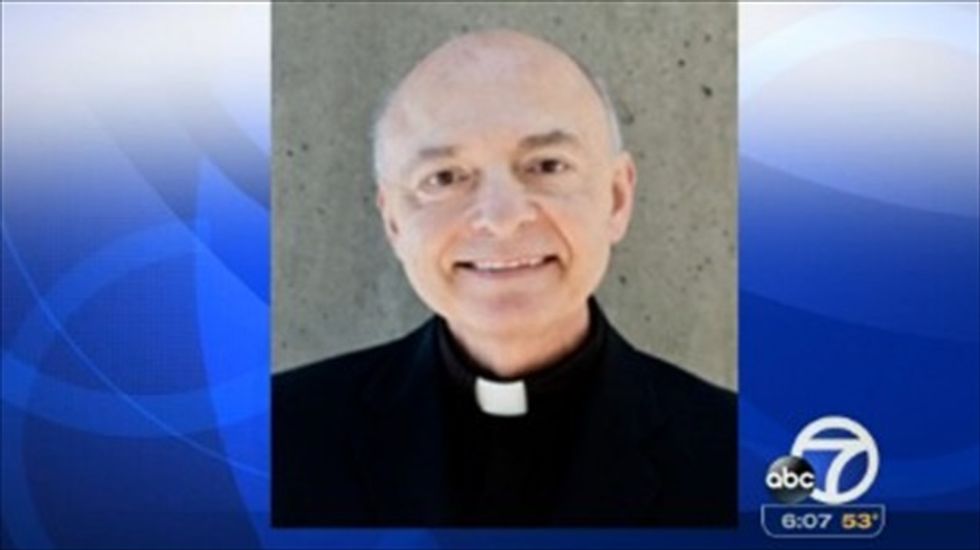 The head of a San Francisco church is accused of covering up one of his former trustees' sexual abuse toward an employee, including paddlings and coerced sexual activities, KGO-TV reported on Thursday.

"Many of these sex acts and demands and the spankings occurred inside the shrine premises, in the sacristy of the shrine," the alleged victim's attorney, Sandra Ribera, told KGO.

Ribera's client, Jhona Mathews, claims that the incidents took place over the course of her year working at St Francis of Assisi Church, saying her supervisor, trustee Bill McLaughlin, forced her to have sex under threat of termination. The suit also accuses McLaughlin of using a paddle given to McLaughlin by Monsignor James Tarantino. Tarantino is also accused of hiding McLaughlin's alleged activities. McLaughlin is no longer a trustee at the church.

The paddle, Ribera told KGO, bears "the inscription 'BNO,' which stands for 'boys night out.' And it says, 'To Bill M. from Father T.'"

According to Ribera, Mathews eventually told McLaughlin she would not comply with his demands, only to be fired. St. Francis of Assisi released a statement saying Mathews was fired "for financial improprieties that are the subject of an ongoing police investigation." It also called her lawsuit "full of lurid accusations but devoid of the truth."

Ribera also told KGO she has explicit text messages and photos that McLaughlin allegedly sent Mathews, and also suggested the activities were captured on St. Francis' security cameras. Asked whether Mathews had ever stolen from the church, she said she was not aware of such an ocurrence.

"Anything that she has done has been at the direction of Bill McLaughlin as her supervisor," Ribera was quoted as saying.