China and Ecuador will join forces for $10 billion oil refinery 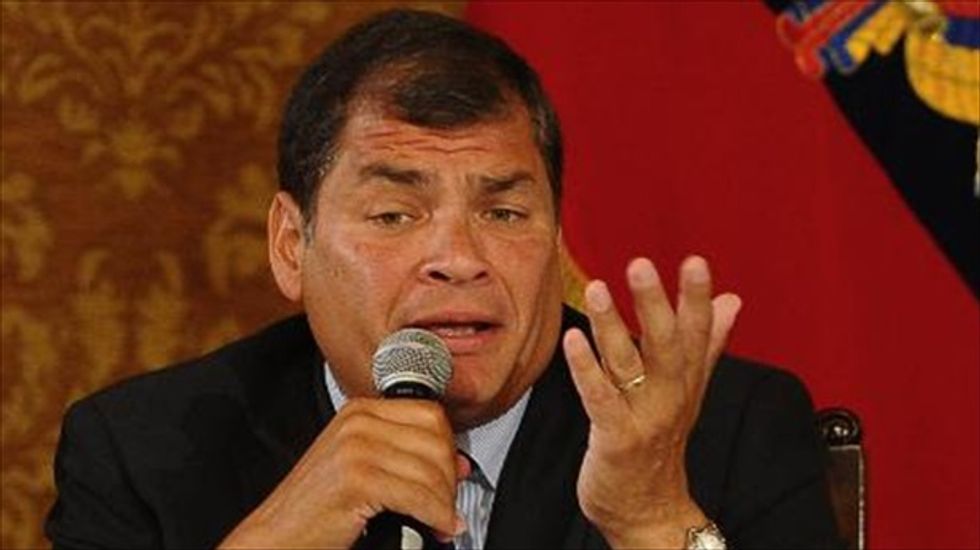 China will finance most of the costs associated with building a $10 billion refinery in Ecuador, and become a partner in the megaproject, President Rafael Correa said Wednesday.

"That is just about a done deal. It is tremendous news for the nation," Correa told foreign reporters.

The Industrial and Commercial Bank of China is due to fund 70 percent of the refinery and state oil giant China National Petroleum Corp is set to partner in the deal with Petroecuador and Venezuela's PDVSA.

Deputy minister for strategic industries Augusto Espin said the deal is due to be completed in late March.

"We have the paperwork quite far along, and we are working on the documents to have CNPC in on the Refinery of the Pacific," Espin added, referring to the facility already under construction in Manabi. It is expected to open in 2017.

"We developing countries of course need financing, and China is the world's leading financier, even to the United States," added Correa, a leftist economist by training.

Petroecuador currently has a 51 percent stake in the refinery, with 49 percent held by PDVSA.