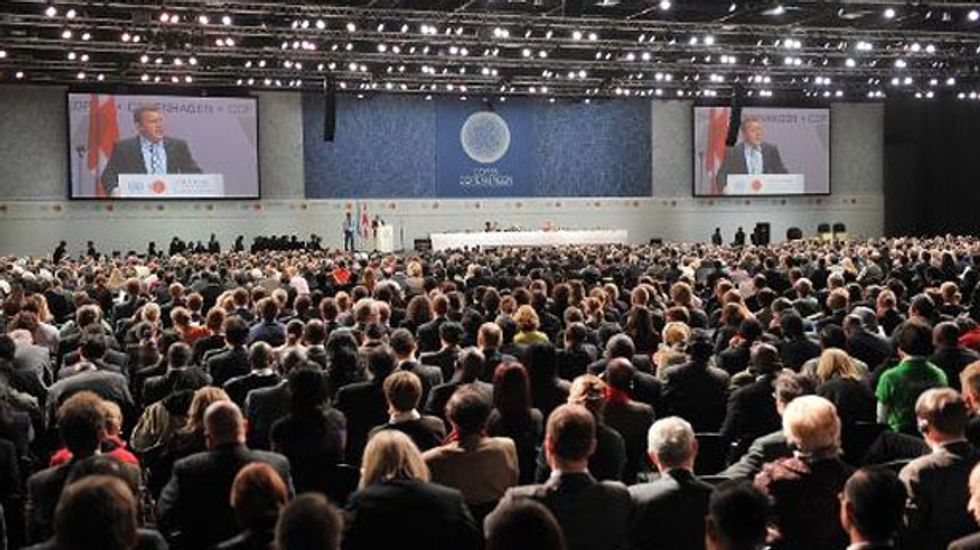 The United States and other governments accused of spying on negotiators at crucial UN climate talks in 2009 should "publicly renounce" such tactics, environmental groups involved in the process said Friday.

Climate Action Network (CAN), a grouping of more than 850 environmental groups, reacted to media reports citing a leaked document from rogue US National Security Agency analyst Edward Snowden claiming to show the NSA and allies had monitored the communications of other governments ahead of and during the 2009 round of talks in Copenhagen.

"CAN condemns such actions," said the grouping, an active participant in the annual talks towards sealing a new, global pact to curb Earth-damaging climate change.

"The work currently underway... already suffers from a dearth of trust between nations. If we are to achieve this monumental deal for the planet, all countries must work on repairing these burnt bridges."

The Snowden document, carried by online news site the Huffington Post, states: "Analysts here at NSA, as well as our Second Party partners, will continue to provide policymakers with unique, timely, and valuable insights into key countries' preparations and goals for the conference.

"While the outcome of the Copenhagen Climate Change Conference remains uncertain, signals intelligence will undoubtedly play a significant role in keeping our negotiators as well informed as possible throughout the two-week event."

According to the Huffington Post, these "Second Party partners" were the intelligence agencies of Britain, Canada, Australia and New Zealand.

The document was dated December 7, 2009 -- the first day of two weeks of fraught negotiations.

"The countries who have been accused of spying, including the US, UK, Canada and Australia, are among those who have done the most to cause the climate crisis, and can also be leaders in delivering solutions," the CAN said in a statement.

"But we need a radical shift in ambition and trust to tackle the planetary emergency."

The world's nations have committed to signing a global pact by next year on curbing Earth-warming greenhouse gas emissions, to take effect by 2020.

The previous attempt to conclude such a worldwide climate deal was the Copenhagen meeting, which ended in a near-fiasco without a formal agreement.

The United States, the world's second-biggest carbon emitter after China, is opposed to any kind of a pact that imposes targets on individual nations for curbing greenhouse gas pollution.