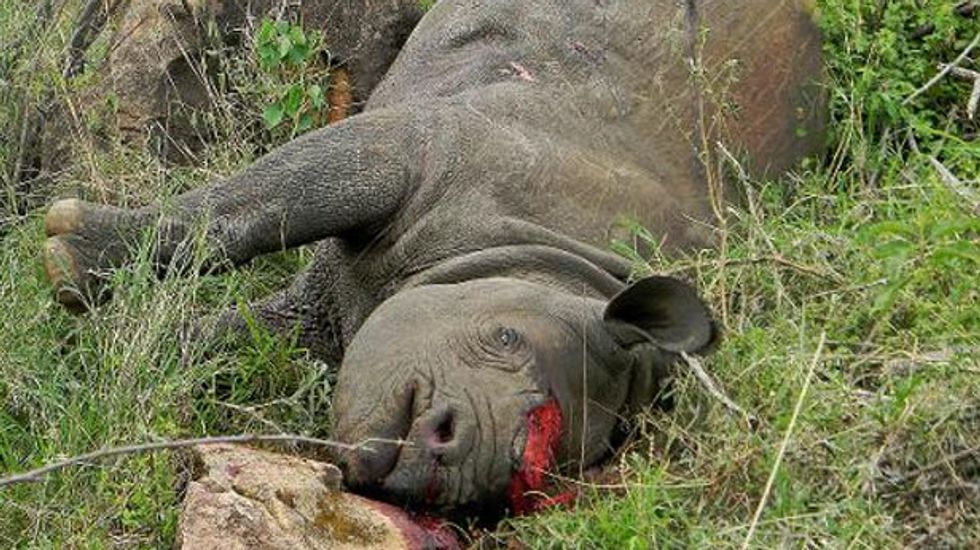 A Texas hunting club auctioned off a permit to kill a black rhinoceros in Namibia, raising $350,000 towards conservation efforts for the animal, but not without controversy.

The Dallas Safari Club, which on Saturday said all money would be given to Namibia for "anti-poaching patrols, habitat protection, research and other measures crucial for protecting populations of endangered black rhinos," has nonetheless sparked the ire of some wildlife groups.

A government-approved annual quota, in place in Namibia since 2012, gives permission for the killing of five black rhinos per year.

"Science shows that selective hunting helps rhino populations grow," the club said in a statement released after the US auction.

"Removing old, post-breeding bulls, which are territorial, aggressive and often kill younger, breeding bulls, cows and even calves, increases survival and productivity in a herd."

Namibia wildlife authorities on Friday defended the auctioning of permits, saying the kill was aimed at conserving the endangered species.

But Dallas Safari Club director Ben Carter said he has received more than a dozen e-mailed death threats against his family and members of his staff.

"It is some pretty crazy stuff," he told NBC News.

"A number of the emails said, 'For every rhino you kill, we will kill a member of the club.'"

The Texas-based group sought help from the Federal Bureau of Investigation, which told AFP it is taking the threats "seriously."

According to the club, Namibian wildlife officials will accompany the auction winner through Mangetti National Park where the hunt will occur, "to ensure the correct type of animal is taken."

The Dallas Safari Club also stated that meat from the rhino will feed "a nearby community," if the hunt is successful.

Carter defended the hunt in a recent press release in which he insisted that the auction will help increase the size of the herd by removing an old "post-breeding" male.

Several months ago, the Humane Society of the United States described the news of the auction as "disturbing" and vowed to campaign against the issuance of a US permit to return the trophy.

"The world is seeing a concerted effort to preserve the very few black rhinos and other rhinos who are dodging poachers' bullets and habitat destruction," Wayne Pacelle, president of the HSUS, said.

Black rhinoceroses are internationally considered an endangered species and the World Wildlife Fund says there are less than 5,000 remaining in Africa.

Namibia, a semi-desert southern African country, has a black rhino population of nearly 1,800.

Namibia is less affected by rhino poaching compared with its neighbour, South Africa, with only 10 killed since 2006, according to the international wildlife trade monitoring network Traffic.

Rhino poaching has reached crisis levels in South Africa, with nearly a thousand killed in 2012.