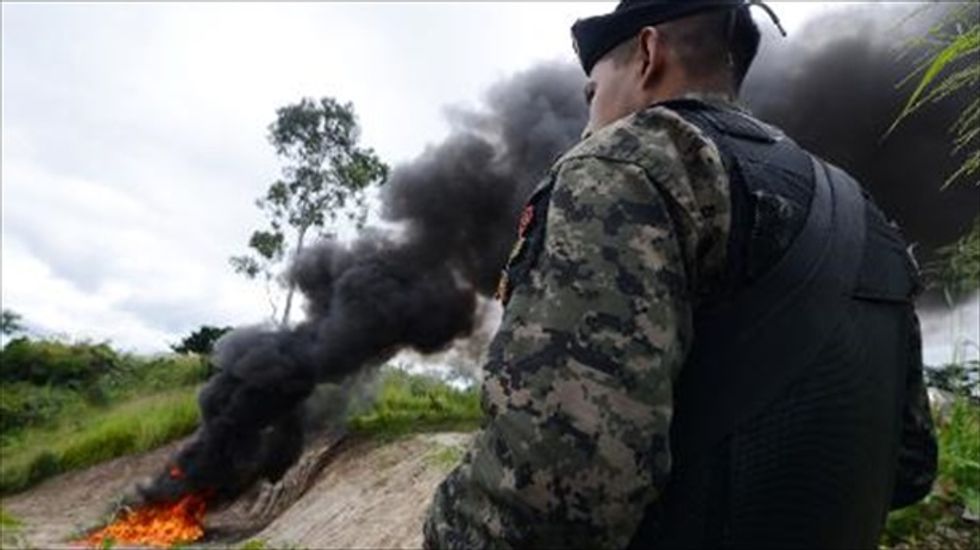 This widespread environmental abuse in remote regions of Honduras, Guatemala and Nicaragua is a direct result of US anti-drug policies, experts wrote in the journal Science.

"In response to the crackdown in Mexico, drug traffickers began moving south into Central America around 2007 to find new routes through remote areas to move their drugs from South America and get them to the United States," said lead author Kendra McSweeney, a geography professor at Ohio State University.

"When drug traffickers moved in, they brought ecological devastation with them."

Drug traffickers carve out spaces in the forest where they can build secret shipping networks.

They pay bribes to locals and prosecutors and clear trees to make farmland or oil-palm plantations, but the land actually serves as a front to help launder drug money.

Researchers found that annual deforestation quadrupled in Honduras from 2007 and 2011, just as cocaine trafficking in the country also rose dramatically.

When McSweeney, who has done research in Honduras over the past two decades, asked local people what was causing the deforestation, "they would tell us: 'los narcos,'" or drug traffickers, she said.

She said another telltale sign was the unusual requests from locals to get change for $20 bills, in areas where US dollars are not the common currency.

"When that starts happening, you know narcos are there," she said.

The paper said that deforestation rates in Honduras, Guatemala, and Nicaragua have been among the highest in Latin America and the world since 2000.

After 2005, the rate of deforestation increased, particularly in the biodiversity hotspot known as the Caribbean lowlands of the Mesoamerican Biological Corridor.

More study is needed to confirm the full extent of the link between US anti-drug policies and deforestation in other countries, McSweeney said.

"Drug policies are also conservation policies, whether we realize it or not," she said.

"Reforming drug policies could alleviate some of the pressures on Central America's disappearing forests."