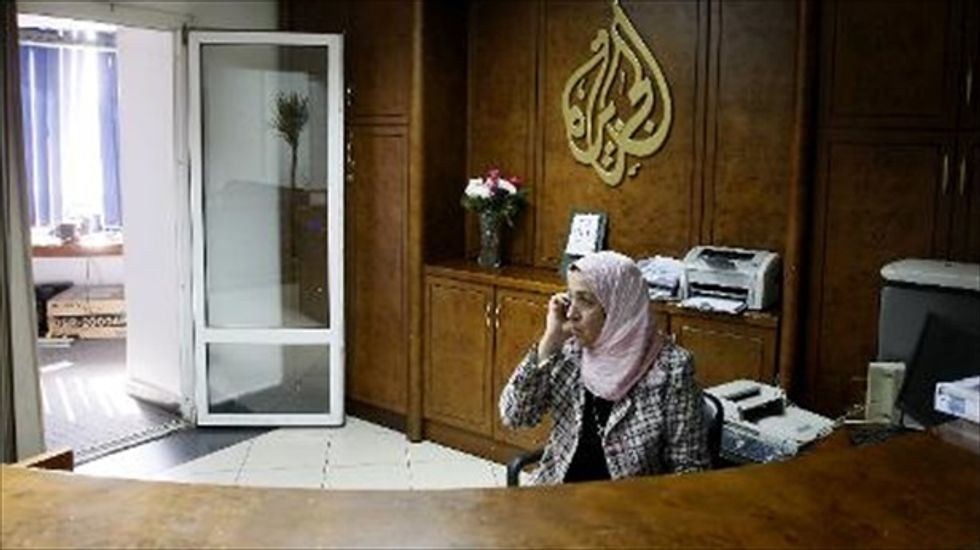 An Al-Jazeera employee talks on the phone at the pan-Arab television channel's bureau in Cairo on Jan. 30, 2011 (AFP)

Egyptian prosecutors accused three detained Al-Jazeera journalists, including an Australian and a Canadian, on Thursday of broadcasting false news in the service of the now terror-blacklisted Muslim Brotherhood.

The three journalists were arrested on December 29 in a Cairo hotel. They include Peter Greste, an acclaimed Australian reporter who formerly worked for the BBC, and Canadian-Egyptian Mohamed Adel Fahmy.

"The accused confessed during interrogation that they belonged to the terrorist group" the Muslim Brotherhood, prosecutors said in a statement.

They said that the journalists, who were not officially accredited, edited footage "to tarnish Egypt's image abroad... to serve the interests of the international terrorist organisation."

The journalists' lawyers and Al-Jazeera have dismissed the allegations as false.

"The accusations against our journalists do not stand up to scrutiny," the broadcaster's spokesman Osama Saeed said in a statement.

Fahmy, a well-known journalist in Cairo who previously worked with CNN, has no known ties with the Brotherhood.

Their detention has received widespread coverage in Western media, which the prosecution suggested could also violate Egyptian law.

"The state prosecution points out that Egyptian law forbids publicising matters aimed at interfering in the work of judges and prosecutors... to sway public opinion," the statement said.

Two other Al-Jazeera reporters remain in custody, including Abdullah Elshamy, arrested on August 14 when police dispersed a sit-in against the army's overthrow of Islamist president Mohamed Morsi, killing hundreds.

Egyptian authorities have been incensed by Al-Jazeera's coverage of their crackdown on the Muslim Brotherhood since the overthrow of the country's first freely elected president last July.

The government declared the Brotherhood a "terrorist organisation" in December, after accusing it of a suicide bombing at a police headquarters north of Cairo that killed 15 people.

The blacklisting outlaws promotion of the Brotherhood verbally or in writing and can lead to lengthy prison sentences.