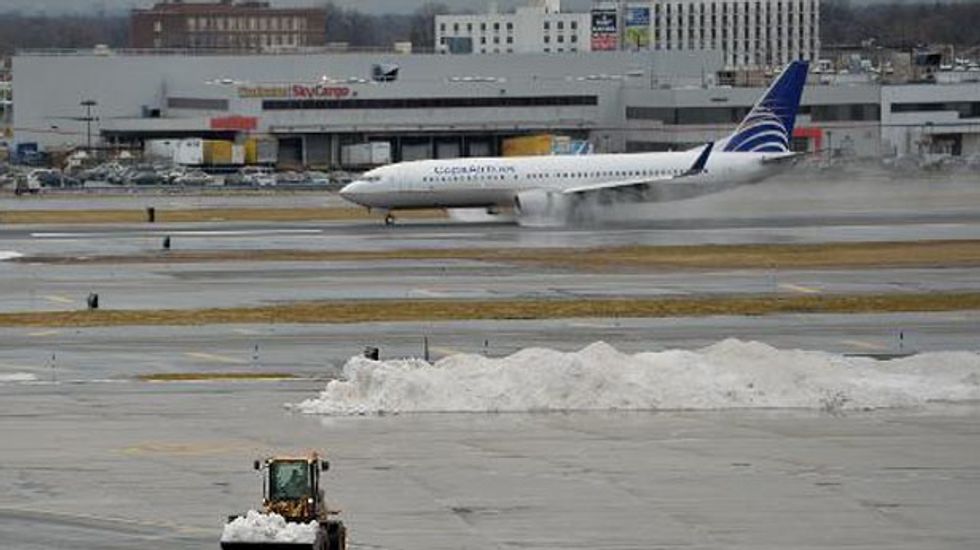 An elderly New York mobster was arrested and charged Thursday over the spectacular 1978 cash and jewelry heist from JFK airport immortalized in Martin Scorsese's movie "Goodfellas."

Vincent Asaro, reputedly a senior member of the notorious Bonanno crime family, was arrested by FBI agents at his home in Queens, New York early on Thursday, officials told AFP.

His son and three other relatives from the same crime family were detained at separate addresses, but Vincent Asaro is the only one tied to what was then the largest heist on US soil.

The daring raid saw a gang of armed mobsters steal $5 million in cash and nearly $1 million in jewels from Lufthansa Airlines at a vault at New York's flagship airport on December 11, 1978.

The value of the booty today is estimated at around $20 million.

The JFK heist passed into greater legend after its alleged mastermind Jimmy Burke killed off members of the crew to avoid being shopped to the police.

The robbery features in Scorsese's Oscar-winning 1990 movie "Goodfellas," long considered one of the iconic New York director's best films and one of the best crime films of all time.

US prosecutors are now slapping Asaro, 78, and four other alleged members of the Bonanno family with multiple charges involving multiple acts of crime from January 1968 to June 2013.

All the suspects but Bonventre, who formally surrendered, were arrested at their New York homes, an FBI spokesperson told AFP.

The five defendants are to appear before a US federal court in Brooklyn at 2:00 pm (1900 GMT).

Vincent Asaro is charged over the murder of a man identified as Paul Katz. An FBI spokesperson said human remains of Katz were discovered last summer during a search of Burke's property.

Katz disappeared in December 1969 but no other details about him or the motive for his murder have yet been released.

Burke, who died of cancer in prison in 1996, was the inspiration for Robert De Niro's character Jimmy Conway in the film.