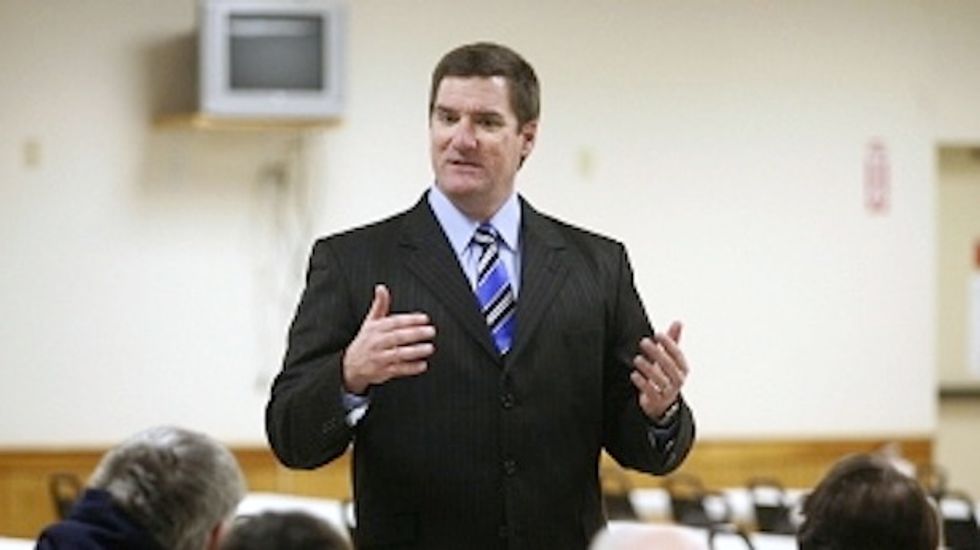 A New Hampshire Republican lawmaker lashed out at a college student who wrote to urge him to reconsider his position on marijuana legalization.

The state House of Representatives passed a bill earlier this month that would allow New Hampshire to join Colorado and Washington in legalizing marijuana use, but it’s expected to face a tough fight in the state Senate.

The student asked Sen. Andy Sanborn (R) to be more responsive to his constituents, but he probably didn’t expect the prickly response he got and then shared with The JointBlog, which published the correspondence but identified the student by the pseudonym "Michael Maly" to protect his identity.

"The tide seems to be shifting and states around the nation are passing decriminalization bills and some are even approving full recreational legalization," wrote the student. "Uncharacteristically, New Hampshire seems to be behind the pack when it comes to this issue specifically."

The student pointed out that New Hampshire's motto is "Live Free or Die," noting that it had placed freedom above safety in turning down bills for seat belt regulations and having some of the nation's most lenient gun laws.

"It is time to stop ruining people’s lives and pumping money into the black market and start regulating a substance that is far less addictive and harmful than alcohol and tobacco," the student wrote. "Your job is to represent the people of NH not your personal beliefs, it’s time to listen to the people."

Sanborn took exception to the last remark and fired off a peevish response.

“I’m guessing you don’t know much about me, my values and what I have been working on in the legislature,” the state senator wrote. “Frankly, your suggestion that I do not listen shows ignorance and I find it insulting. There sure is one way to insure a legislator votes against your wishes and that is to insult them.”

The student had noted that those convicted of marijuana possession can be disqualified from many jobs and federal student aid, while those convicted of violent crimes such as rape and murder are technically still eligible for college assistance.

Sanborn apparently looked up the student’s real name online before responding and learned that he had recently received a scholarship, which the lawmaker held out as a threat.

“I’m thinking if I call the [the organization that offered the scholarship] and ask their opinion on legalization, they may have a different opinion (not to mention may be asking you for their scholarship money back),” Sanborn wrote.

The state senator denied Monday that he had a constituent named “Michael Maly” or corresponded with anyone by that name, but he admitted to The Raw Story that he’d sent the email published by The Weed Blog.

“My e-mail was meant to imply disappointment with a student who sought and received scholarship donations partially based on a contradictory compelling life story, who is now lobbying for the legalization of a drug prohibited under federal law,” Sanborn said in a statement.

“My e-mail was not a suggestion that I could or would work to revoke any scholarship, only to highlight that those involved with awarding him those funds may have made a different decision had he expressed similar pro-marijuana legalization efforts to them when applying,” the lawmaker said.

But his correspondence with the student was a bit more disdainful than he implied.

“I may suggest you first take the time to actually read the legislation, understand it and it’s total ramifications before you comment on it as the bulk of your argument is not considered in it and it makes you look like nothing more than a college freshman who just wants to get high at any cost,” Sanborn wrote.