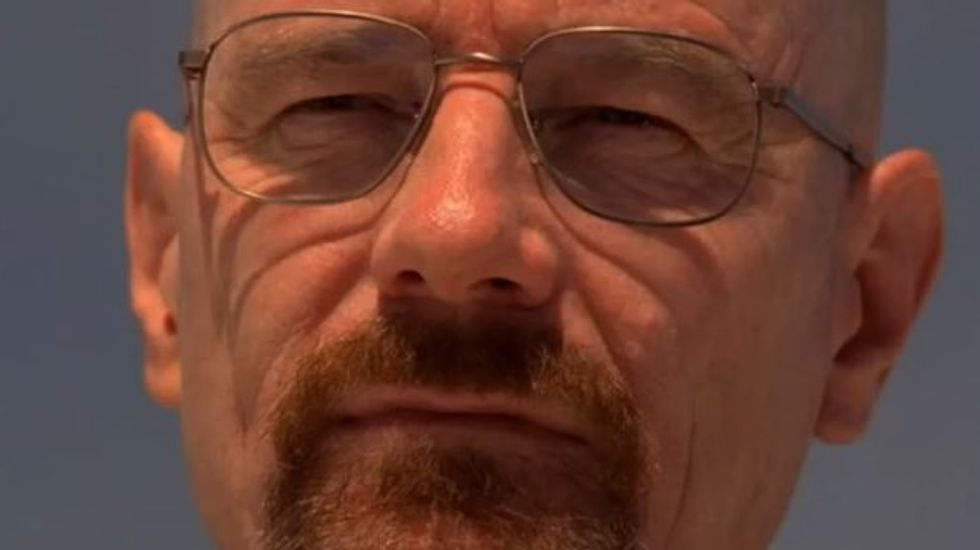 The winner of a contest to watch the series finale of Breaking Bad with the show's cast was arrested on multiple drug possession and distribution charges yesterday.

In September, Ryan Lee Carroll won a contest to watch the series finale of Breaking Bad with cast member Aaron Paul. On Wednesday, he was arrested and charged with possession of a synthetic narcotic with intent to sell and possession of a controlled substance without a prescription.

When he won the contest, he told the Naples News Daily, "this is the best show on television, and I will get to be a part of it."

He apparently took his own words dead to heart, as authorities allege he was the kingpin of a $1 million synthetic marijuana ring.

His neighbors told police that he received multiple packages from FedEx every day. "They either had a very successful business, or they were up to something they shouldn't be," one said.

In addition to the synthetic marijuana and the cement mixer Carroll allegedly used to mix it, authorities also seized a hazmat suit signed by the Breaking Bad cast members, which had been given to Carroll at the screening of the finale.