Former British foreign secretary: U.S. has been a 'malign force' in Iran in the past 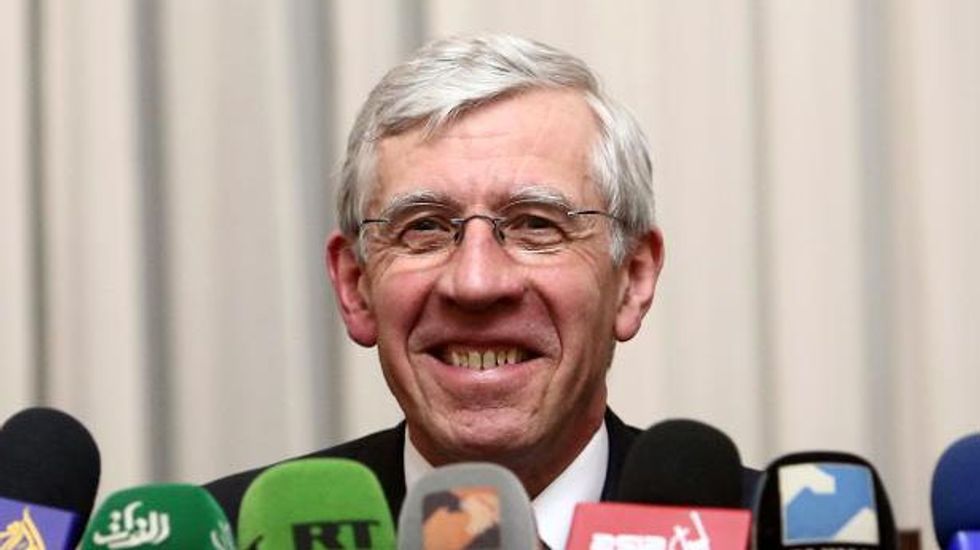 Former foreign secretary Jack Straw said Friday that Britain and the United States had been a "malign force" in Iran in the past, after a relationship-building visit to Tehran.

Straw and three other British members of parliament visited Iran this week amid a thawing of relations between Britain and the Islamic Republic, after ties were severed in 2011 when hardline Islamists ransacked the British embassy compound in Tehran.

In an interview with BBC radio, Straw said his group had been well received by the government of President Hassan Rouhani and reported "considerable optimism there" about a rapprochement with the West.

"There is a very, very long history to this, to poor relations between Iran on the one hand and US and UK on the other," Straw said.

"If you were an Iranian, just an ordinary Iranian, you could be forgiven for thinking that over the decades the US and the UK have been a very malign force -- and indeed we have been.

"We organised together a coup d'etat to remove a democratically elected president in my lifetime in Iran, we played a very, very bad and undermining hand as popular support for the Shah flowed away in the late 1970s," he said, referring to the coup that overthrew Mohammad Mossadegh, who was in fact prime minister.

Straw continued: "And then for example the West supported Saddam Hussein in a war which he provoked and for which Iran was the victim."

The CIA orchestrated the August 1953 coup that toppled Mossadegh, who had also angered Britain by moving to take over the Anglo-Iranian Oil Company -- the predecessor of modern-day BP.

Straw was involved in intensive negotiations with Rouhani over Iran's disputed nuclear programme in the early 2000s when the two men were respectively foreign minister and chief nuclear negotiator.

Since Rouhani took office in August, Straw has strongly advocated rapprochement with Tehran, arguing that his presidency offers an opportunity to resolve concerns over Iran's nuclear ambitions that the West must seize.