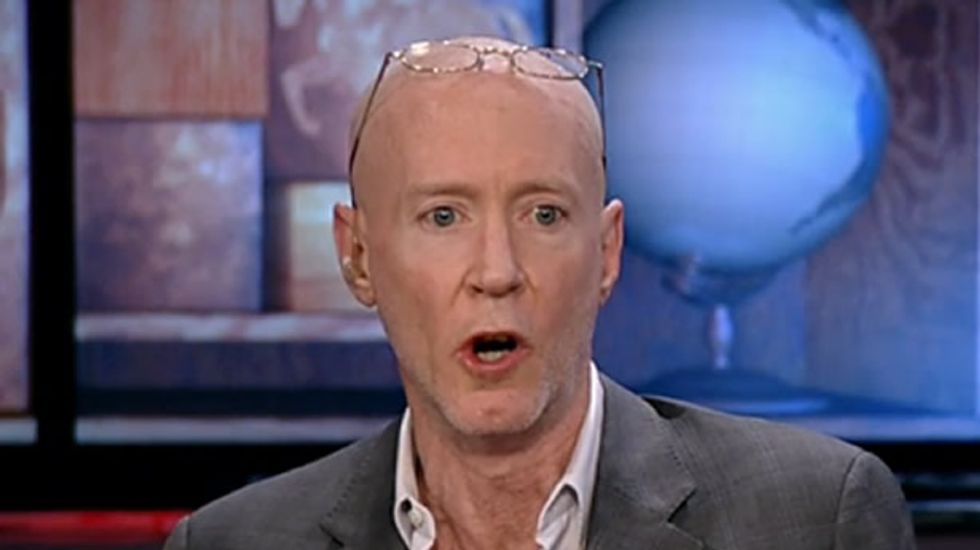 The Satanic Temple has issued a press release demanding that Fox Business News publicly apologize for the remarks made by one of its commentators.

On January 9, 2014, one of the participants in Fox Business New's "Mensa Meeting," Bernard McGuirk, said that members of the Satanic Temple who want to erect a monument in Oklahoma City should be executed.

Lawyers for the Satanic Temple say that "[s]uch incitement to violence is reckless and possibly criminal. Advocacy of the murder of American citizens based on their religious beliefs is intolerable and sickening. For [Fox Business] to disseminate such a position as part of a televised debate on a national network strikes at the heart of this country’s founding principles and potentially places the Temple’s members in imminent danger."

Though the Temple's complaint may seem unnecessary, many believe that Fox News's Bill O'Reilly's inflammatory rhetoric incited the murderer of Dr. George Tiller. Given the history Fox News viewers have of acting upon such calls to violence, the Satanic Temple wants the network to make it clear that violence carried out against a person -- even a member of the Satanic Temple -- for his or her religious beliefs is unacceptable.

As their lawyers write, "[o]ur client requests that the Fox News Network immediately issue The Satanic Temple an apology for broadcasting a call for the murder of its members, who simply desire to be treated equally with every other religion in this country. In addition, they would like to see a public reprimand of Bernard McGuirk."

Satanic Temple spokesman Lucien Greaves also took offense at the panel's characterization of his organization as one that "promote[s] evil" and is "anti-Christian." In a statement, he said that "Even the most basic and cursory perusal of our website could have served to correct these panelists. It is unconscionable that a news panel would express opinions without doing any research. Our’s is a philosophy that is meant to enrich lives and encourage benevolence. It is reprehensible that a nationally televised commentator could call for our execution regarding any item of disagreement, much less based upon entirely imagined presumptions."

A Fox Business News spokeswoman directed inquiries about the segment to WABC, where McGuirk is a regular. When WABC makes a statement, we'll add it to the story.

Watch the entire exchange between members of the "Mensa Meeting" below.