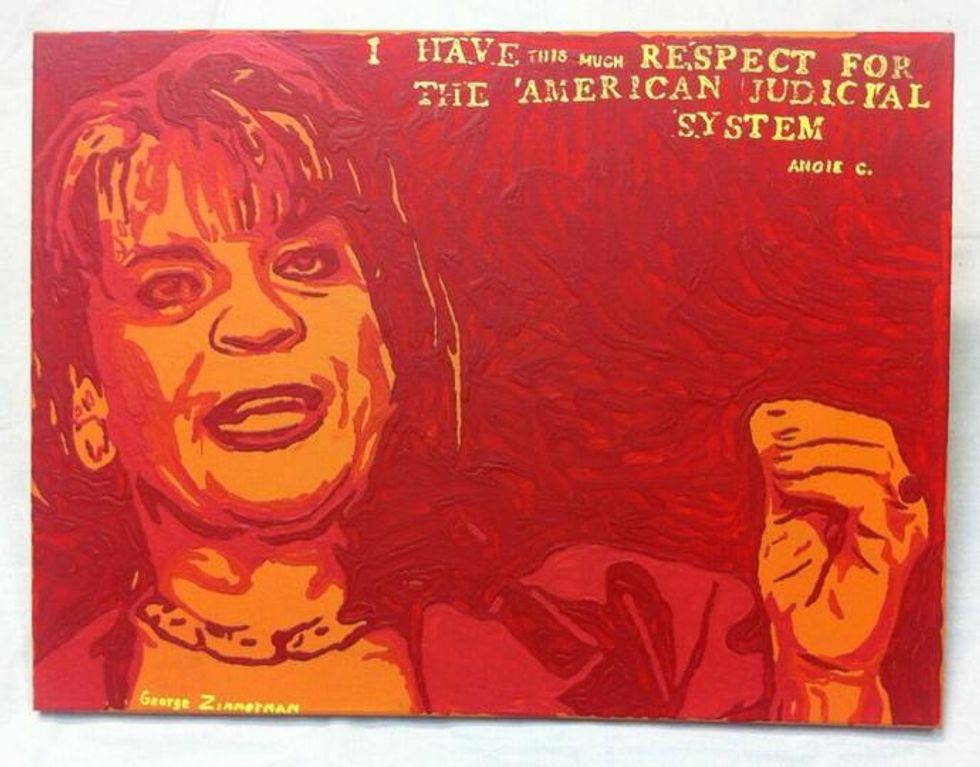 George Zimmerman has produced his second painting, a jab at the state prosecutor in his trial, Angela Corey. According to Talking Points Memo, the painting was unveiled by Zimmerman's brother George via Twitter on Wednesday.

The canvas depicts Corey in lurid oranges and reds, her fingers upraised and close together. "I have this much respect for the criminal justice system. Angie C." has been stenciled next to her face.

The painting, called "Angie," is expected to go on sale Thursday. Zimmerman's debut artwork, a crudely drawn American flag that one critic called "a bit psychotic," sold for more than $100,000 on eBay.

The flag image, it was later revealed, was a tracery of a Shutterstock stock image.

Zimmerman was acquitted of murder in the shooting death of unarmed teenager Trayvon Martin last summer. He has had repeated run-ins with the law since his acquittal, but is currently not incarcerated.