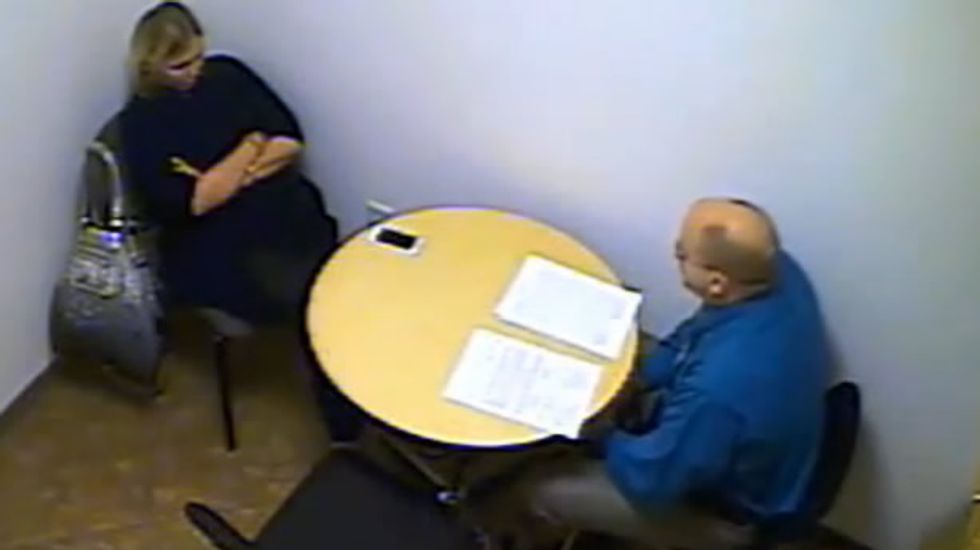 Last November, George Zimmerman's girlfriend told police that he had threatened her with a shotgun after she tried to break off the relationship.

Samantha Scheibe recanted the accusations shortly thereafter, saying in a sworn statement that she had been "very intimidated" by police during questioning and that they had deliberately misinterpreted her words.

According to her statement, she was "very overwhelmed and upset" when the police questioned her. Consequently, she did "not feel that the arrest report accurately recounts what happened," in part because she "may have misspoken about certain facts in [her] statement to police."

She also insisted that she "want[s] to be with George," does not "want George Zimmerman charged," and that she "make[s] this decision freely, knowingly and voluntarily, without any intimidation, coercion or undue influence."

The video of her questioning -- posted directly below -- belies her claims of having been intimidated by police investigators. In it, she sits calmly in the corner, answering the questions of Stephen LaGuardia of the Seminole County Sheriff's office in an even-tempered voice, even when describing disturbing events, like the frequent "episodes" in which Zimmerman is violent with her.

"During these episodes," LaGuardia asks, "has there ever been any violence between you and him?"

"He choked me once," she replies.

"About how long ago?"

"About a week," she replies.

"And was it a choke with his hands, with his arms?" LaGuardia asks.

"And at that time," he continues, "did you lose consciousness? Did you have trouble breathing?"

At this point, Scheibe calmly describes how Zimmerman choked her until she "had trouble breathing." She says she asked Zimmerman, "'Seriously, are you going to do this right now?' And that's when he got more aggressive, and my voice started changing, to where I couldn't talk at all. It bruised my throat."

LaGuardia then asked her "why [she] didn't call the police at that time?"

"Because," she replied with a laugh, "I feel like he always gets off."

The video lends credence to her original accusations -- the ones she attempted to walk-back in her statement -- and goes to demonstrate that the police behaved toward her in a courteous and professional manner.

Watch the entirety of Scheibe's discussion with police below.