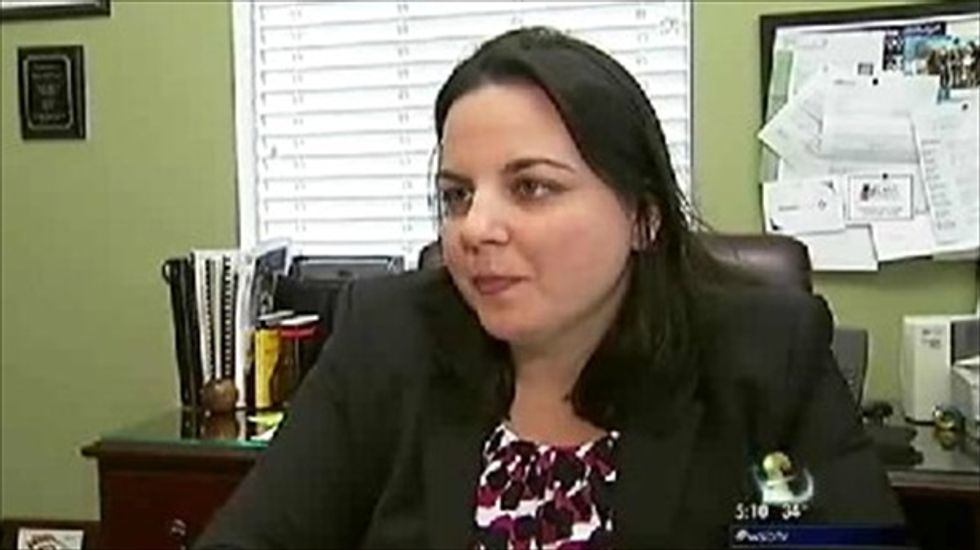 A Georgia mayor has sued her own city council after they stripped her of most of her powers and allegedly locked her out of some portions of City Hall, WSB-TV reported on Friday.

"In essence, what we're trying to do is stop continued illegal actions by members of the Snellville City Council," attorney Phyllis Miller said at a press conference.

The suit alleges that Kautz was stripped of her powers and isolated after discovering illegal meetings between council members. Kautz also claims that city officials have used her signature without her approval.

The Gwinnett Daily Post reported that the dispute began when the council voted to retain Arnold and Sanders at their positions, despite efforts by Kautz to have them removed.

Kautz, who did not appear at the courthouse, released a statement saying the injunction was a reaction to "misinformation" being circulated around the town, located about 30 minutes east of Atlanta.

"I am confident that when people see the real facts and understand the actual applicable laws, they will see that I am doing the right thing," Kautz's statement read. "What has been happening in our city especially in the last few weeks is not fair to the position of Mayor nor to the citizens who vote for the position. I care about the city of Snellville, and I will continue working hard to look out for all of our citizens."

"This is just another Friday folly by the mayor," Witt told WSB. "We will continue to do what we have been doing -- doing the right thing for Snellville. This is just a diversion that the city doesn't need"