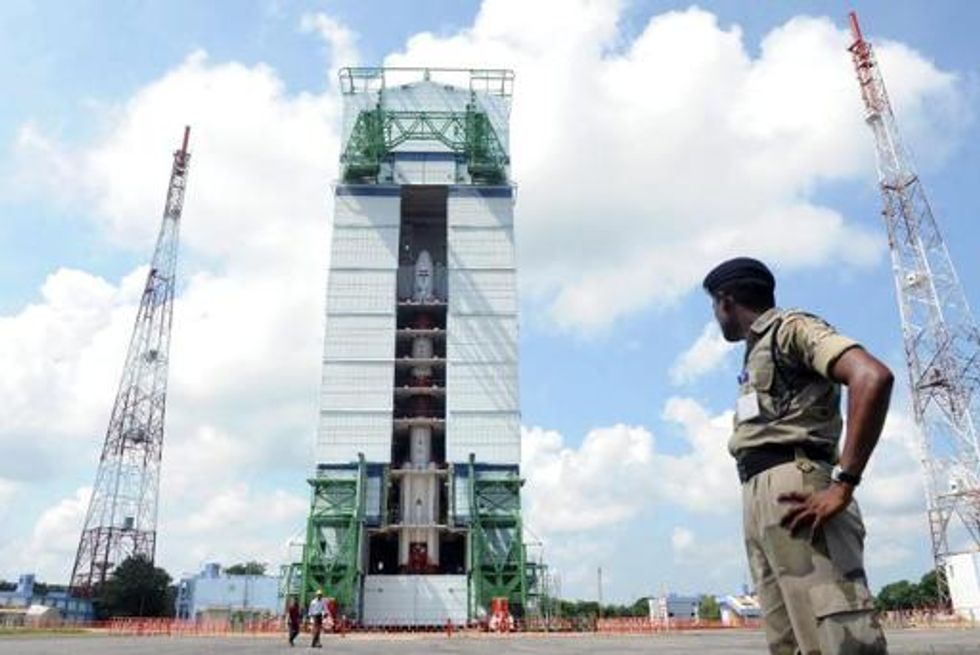 The Indian-made cryogenically-powered rocket blasted off from the southern spaceport of Sriharikota as scheduled, as Delhi tries to join an elite club of countries which have mastered the complex technology.

"I am extremely proud and happy to say that Team ISRO has done it," Radhakrishnan announced at mission control in Andhra Pradesh state, sparking a roar of applause from colleagues.

"Team ISRO and the project directors all have put their heart and soul in making this proud moment for the country," he said.

India has for years been trying to develop its own cryogenic rocket engines that are designed to put heavier satellites into high orbits, about 36,000 kilometres (22,000 miles) from Earth.

The powerful booster technology, using super-cooled liquid fuel, is a much needed tool to help India capture a larger share of the lucrative global market for launching commercial satellites.

But the technology has only been successfully developed by a handful of countries including the United States, Russia, France, Japan and China as well as the European Space Agency.

India's project has had to overcome a string of hurdles and mishaps, including an aborted launch in August last year several hours before lift-off after fuel was found to be leaking from one of the rocket's engines.

The first India-built rocket crashed into the Bay of Bengal just minutes after take-off in April 2010 after the cryogenic engines failed to ignite.

"If we succeed this time, India will join a select club of space-faring nations with indigenous cryogenic engine capability to launch above two-tonne class satellites," ISRO director Deviprasad Karnik told AFP before the launch.

"The twin purpose of this launch mission is to flight-test once again our own cryogenic engine and put into the geostationary orbit a heavy communication satellite," Karnik added.

"It is yet another important step that the country has taken in the area of science and technology," Singh said in a tweet.

In November India successfully lifted into orbit a spacecraft bound for Mars as it tries to become the first Asian nation to reach the Red Planet.

It has taken ISRO scientists years to develop cryogenic motors after India's attempt to import the technology from Russia in 1992 failed because of opposition from the United States.

Since 2001 India has bought cryogenic engines from Russia and seven of them have been used on missions.

An Indian space rocket using a Russian-built booster exploded shortly after launch in December 2010, also during a mission to put an advanced communications satellite into space.

ISRO pushed ahead with developing its own engine, including the third and final part, fuelled with a mix of oxygen and hydrogen in liquid form and kept at a very low temperature.

"A cryogenic rocket stage is more efficient and provides more thrust for every kilogram of propellant it burns compared to other solid and liquid fuel stages," Karnik said.

India's first satellite launch, of an Italian satellite, was in 2007.

The country sees its space programme as an achievement that highlights its emergence as a major world economy, and many citizens take great pride in it.

But the cost of the programme has attracted criticism as the government struggles to tackle poverty and child malnutrition.