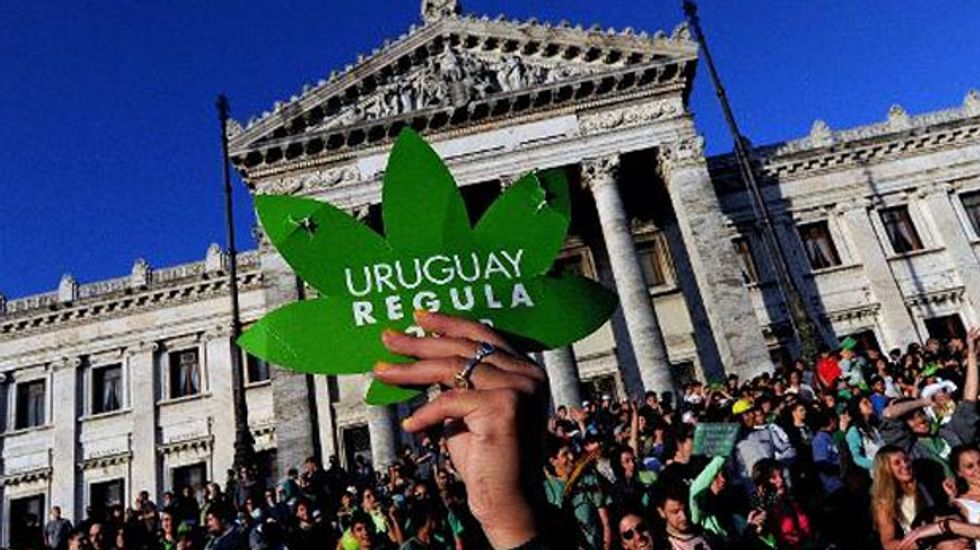 Foreign pharmaceutical companies have expressed interest in buying marijuana for medical uses from Uruguay, which last month became the world's first country to legalize the cultivation and sale of the drug, local media reported Monday.

The newspaper El Observador said the National Drug Board has been in contact with pharmaceutical laboratories from Israel and Chile, while Canadian businesses have contacted Uruguayan politicians and organizations to present proposals for buying cannabis.

"It is true they have consulted us to set up in Uruguay, which is a great challenge," presidential aide Diego Canepa told the newspaper.

Uruguay became the first country to legalize the cultivation, distribution and sale of marijuana on December 24 when President Jose Mujica signed a law creating a government-regulated marketplace for the drug.

His government is currently drawing up specific rules and regulations that will apply.

The National Drug Board says it expects cannabis to go to market beginning in September.

"While it was not an objective of the law, Uruguay is becoming a biotechnology pole. It's a highly competitive area, but one that is rapidly developing," Canepa said.

"For some time, medicinal marijuana was only thought of as an analgesic, but now they are studying whether some derivatives can be used in medications," he said.