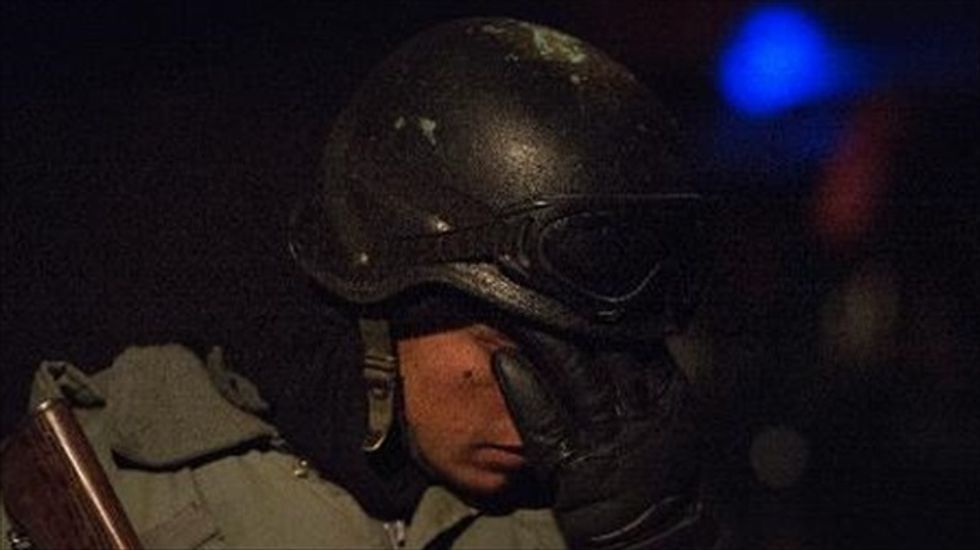 An Afghan policeman reacts at the scene near an explosion in Kabul on Jan. 17, 2014 [AFP]

UN leader Ban Ki-moon on Friday strongly condemned a suicide gun and bomb attack on a Kabul restaurant in which three UN staff were among at least 14 fatalities.

A UN statement said other dead from the attack claimed by the Taliban were from international organizations.

"Such targeted attacks against civilians are completely unacceptable and are in flagrant breach of international humanitarian law," Ban was quoted as saying by a spokesman.

"Three United Nations personnel, along with a number of those from other international organizations, are now confirmed dead," added Haq.

The International Monetary Fund has already said its representative in Afghanistan was killed in the attack on a restaurant used by foreigners.

The United Nations is to take on a leading role in Afghanistan as international troops complete their withdrawal in 2014 and the country builds up to national elections.

It has already tightened security at its bases, and the attack will lead to a new review of staff safety, UN officials said.