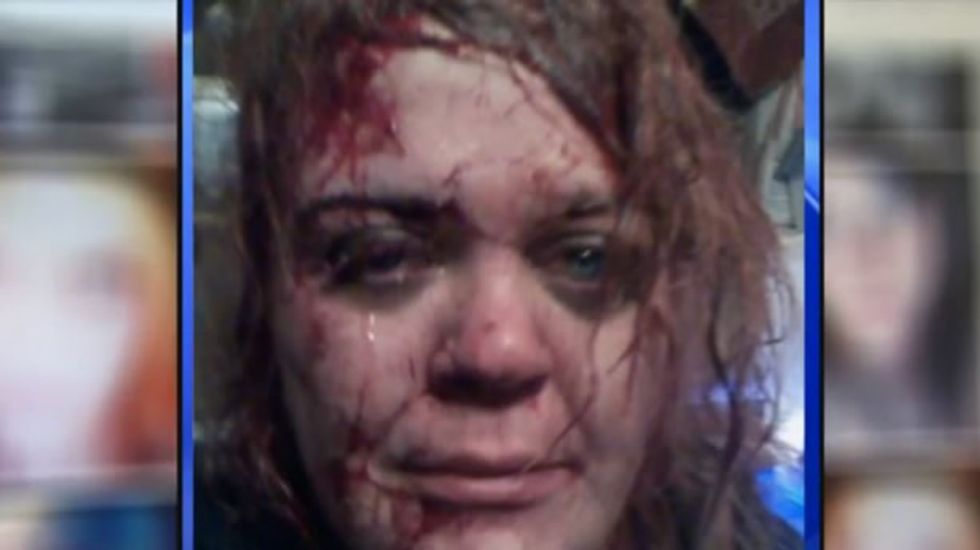 A woman in Leslie County, Kentucky is crediting Facebook for saving her life.

Susann Stacy says her husband, Donnie Stacy, heard her on the phone in the bathroom and, when she exited it, confronted her about who she had been talking to. When she failed to answer his question, he brutally beat her with his handgun.

She claims that he then ripped out the phone line, leaving her with no way to call 911, as she had no cell reception in her house. She did, however, have WiFi access, so she took a picture of her bloody, beaten face and posted it on Facebook with the words, "Help please anyone."

Many of her friends who saw the image called 911, and deputies arrived at the residence shortly thereafter.

Leslie County Sheriff's Deputy Sam Mullins said that she had suffered "several lacerations to the head. They appeared to be bad but we really couldn't tell at the time, due to her hair was matted to her, and the blood."

Deputies located and arrested her husband, Donnie, and found the gun used in the attack near their son's tire swing.

Watch the WKYT report on the incident below.