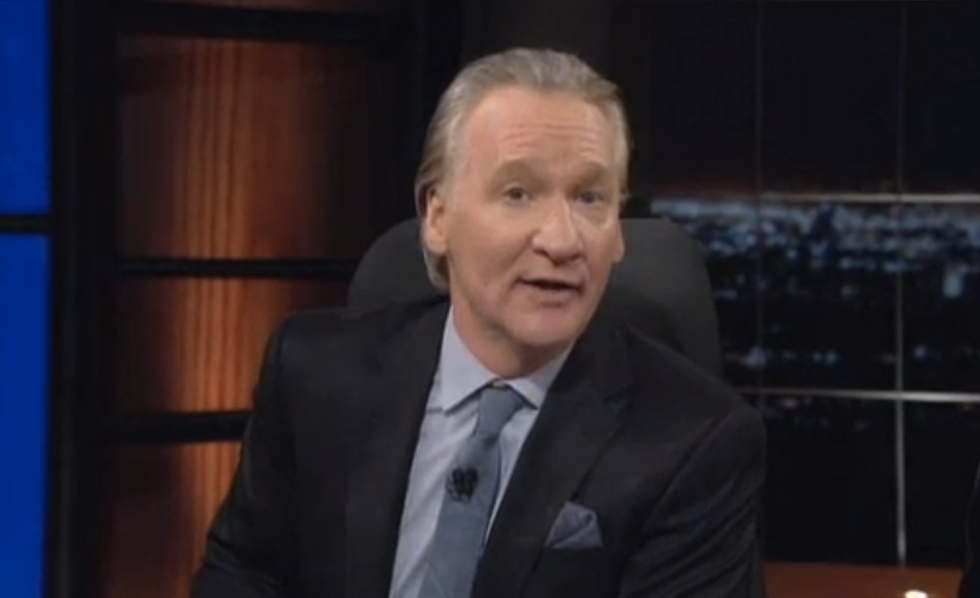 Friday night on the first "Real Time" of the new year, host Bill Maher offered some New Year's Resolutions for the United States.

It's time, he said, for America to “stop hanging onto stupid stuff long after it’s relevant just because it’s tradition," such as Daylight Savings Time, the war on drugs, the Electoral College, the penny and having two Dakotas.

But on the whole, Maher said, his greatest wish for Americans is that they be "more cynical" and less "easily fooled" by shallow spectacles like the redneck minstrelsy of the A&E show "Duck Dynasty."

The Robertson clan have become millionaires, he said, selling themselves as "heroes to all the rural heartland, traditional values gun nuts out there."

"Except here's what we recently found out," he said. "Here's what these guys really looked like before they got their TV show. Preppy assholes at the golf club wearing Tommy Bahama."

Showing one of the now-notorious beach house photos of the Robertson family, Maher said, "That's right, it's all an act. Fat cats pretending to be just folks, and you fell for it."

"Take a hint, Tea Partiers," he said, "this is what the Republican Party is always doing to you."