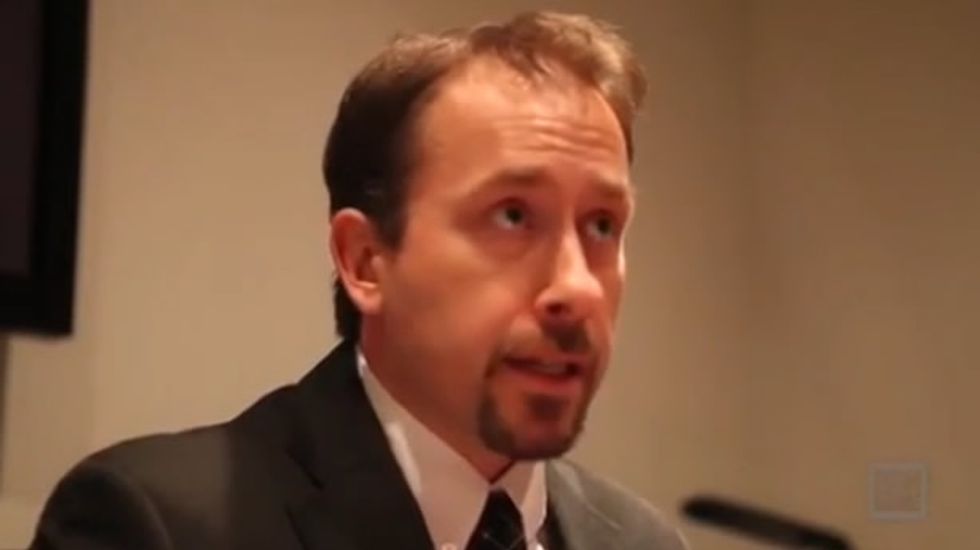 During a press conference on Tuesday, Erick Bennett, who is challenging incumbent Susan Collins, addressed his conviction for domestic violence against his now ex-wife. He fought the Class D assault conviction all the way to the Maine Supreme Judicial Court, which ruled that "sufficient evidence does exist in the record to support his conviction."

Bennett claims he was "railroaded" by the justice system. "All that needs to be done is you have to repeat what you wrote down in the police report and that allows the victim to be viewed as a credible witness," he said. "So basically, if someone writes something down, it doesn’t have to be true. All they have to do is repeat that on the stand. That’s grounds for anyone to be convicted of domestic violence."

He went on to claim that the time he spent in jail for his conviction speaks to "how much guts and integrity [he] has."

"The fact that I have been jailed repeatedly for not agreeing to admit to something I didn’t do should speak to the fact of how much guts and integrity I have," he told the Bangor Daily News.

"If I go to D.C., I’m going to have that same integrity in doing what I say, and saying what I do, when it comes to protecting people’s rights, as well as their pocketbooks."

Watch video of Bennett discussing his criminal record below.