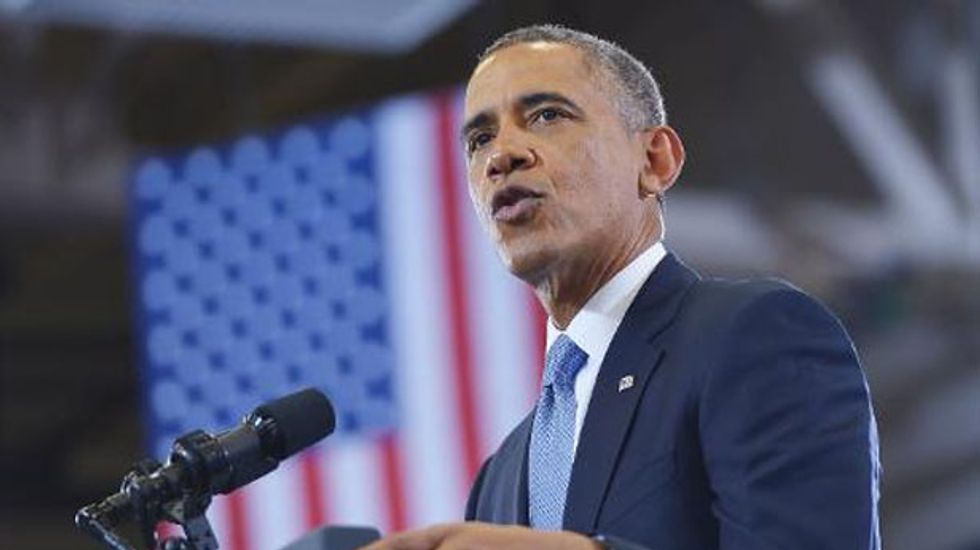 President Barack Obama unveiled in an interview aired Friday an initiative designed to help the long-term unemployed as part of his drive to boost the sluggish US economy.

Obama said 300 major companies including so far Walmart, Apple and Ford had agreed with him to establish a code of best practices not to brush off jobseekers just because they have been out of work for some time.

The president said he would be meeting with representatives of some of the companies soon.

Obama unveiled the plan in an interview with CNN, his first since he delivered his State of the Union Address Tuesday night.

In that speech, he said he wanted to work with the deeply divided US Congress but will now not hesitate to use executive orders to try get things done. He said he would order, for instance, a rise in the minimum wage for people working for federal contractors.

The US jobless rate now stands at 6.7 percent, the lowest level since Oct. 2008. But many Americans face an uphill battle in the job market because of the stigma of having been out of work for an extended period during the recession and afterwards.

On the long-term unemployed, Obama told CNN that employers "are looking at that gap in the resume and they're weeding them out before these chance get a chance for a interview".

"We gathered together 300 companies just to start with, including some of the top companies in the country, to say 'let's establish best practices. Do not screen people out of the hiring process just because they've been out of work for a long time'," Obama said.

He added that it would be helpful if Congress acted and did something like raise the minimum wage nationwide, as opposed to his just acting on a much more limited basis through executive orders for federal contract workers.

"And that's why I'm going to keep on reaching out for them," he said of lawmakers. "But I'm not going to wait for them."