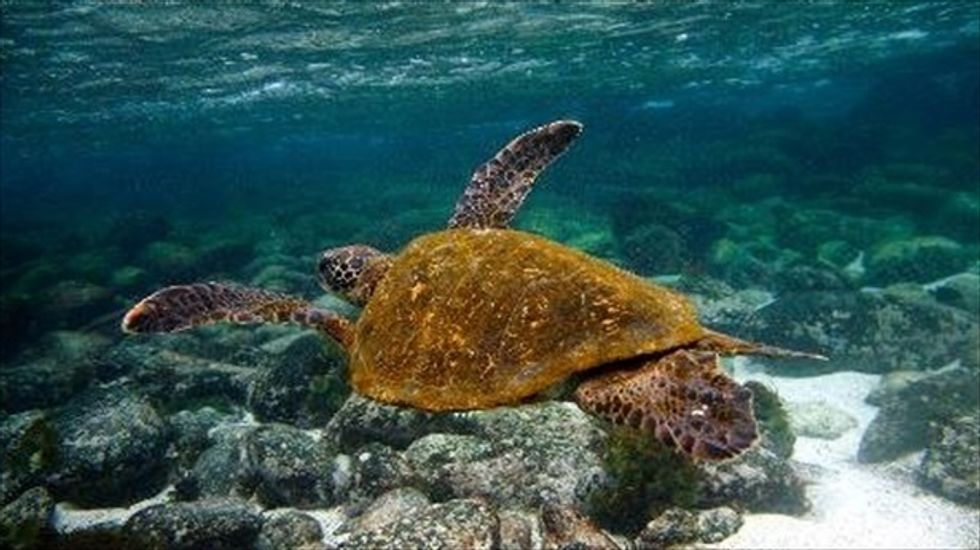 An emaciated man whose boat washed up on a remote Pacific atoll this week claims he survived 16 months adrift on the Pacific, floating more than 8,000 miles from Mexico, a researcher said Friday.

The man, with long hair and beard, was discovered Thursday when his 24-foot fiberglass boat with propellerless engines floated onto the reef at Ebon Atoll and he was spotted by two locals.

"His condition isn't good, but he's getting better," Ola Fjeldstad, a Norwegian anthropology student doing research on Ebon, the southern most outpost of the Marshalls, told AFP by telephone.

Fjeldstad said the man, dressed only in a pair of ragged underpants, claims he left Mexico for El Salvador in September 2012 with a companion who died at sea several months ago.

Details of his survival are sketchy, Fjeldstad added, as the man only speaks Spanish, but he said his name was Jose Ivan.

"The boat is really scratched up and looks like it has been in the water for a long time," said the researcher from Ebon.

Ivan indicated to Fjeldstad that he survived by eating turtles, birds and fish and drinking turtle blood when there was no rain.

No fishing gear was on the boat and Ivan suggested he caught turtles and birds with his bare hands. There was a turtle on the boat when it landed at Ebon.

Stories of survival in the vast Pacific are not uncommon.

In 2006, three Mexicans made international headlines when they were discovered drifting, also in a small fiberglass boat near the Marshall Islands, in the middle of the ocean in their stricken boat, nine months after setting out on a shark-fishing expedition.

They survived on a diet of rainwater, raw fish and seabirds, with their hope kept alive by reading the Bible.

And in 1992, two fishermen from Kiribati were at sea for 177 days before coming ashore in Samoa.

According to Fjeldstad, the Marshall Islanders who found Ivan took him to the main island on the atoll, which is so remote there is only one phone line at the local council house and no Internet, to meet Mayor Ione de Brum, who put in a call to the Ministry of Foreign Affairs in Majuro.

Officials at the Foreign Ministry said Friday they were waiting to get more details and for the man to be brought to Majuro.

The government airline's only plane that can land at Ebon is currently down for maintenance and is not expected to return to service until Tuesday at the earliest, with officials considering sending a boat to pick up the castaway.

"He's staying at the local council house and a family is feeding him," said Fjeldstad, who added that the man had a basic health check and was found to have low blood pressure.

But he did not appear to have any life-threatening illness and was able to walk with the aid of men on the island.

"We've been giving him a lot of water, and he's gaining strength," said the Norwegian.

The Marshall Islands, in the northern Pacific, are home to barely 60,000 people spread over 24 atolls, with most of them standing at an average of just two metres above sea level.