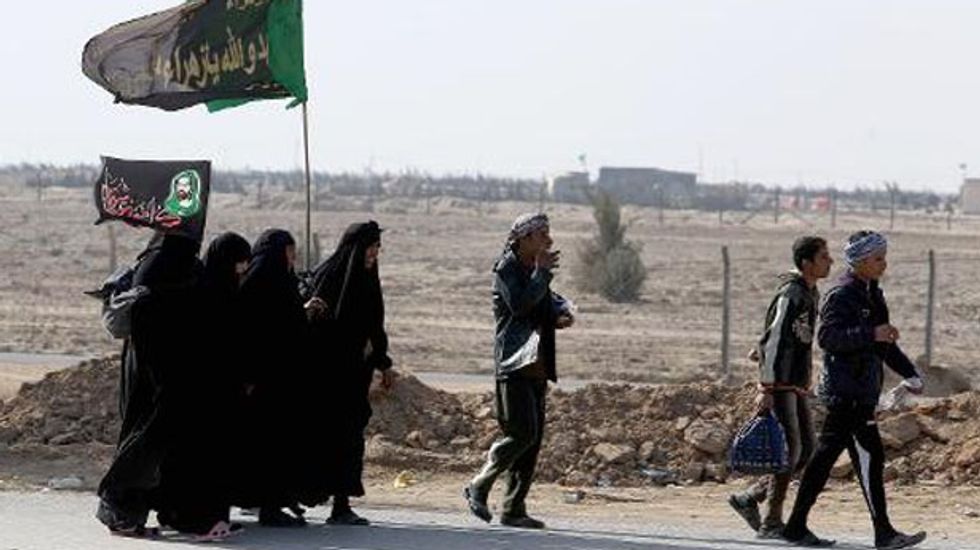 Many residents have fled the Iraqi city of Fallujah after it was seized by jihadists, while others are preparing to stay through what all fear will be a major battle as security forces push to retake it.

Fallujah's streets are all but empty except for cars navigating alleys in an attempt to escape clashes and shelling on the outskirts.

Among those seeking a way out is Salam al-Kritawi, a 27-year-old taxi driver who has his wife, two young children and bags of clothes with him in his car.

"We will leave Fallujah now, because the battles will begin, and we do not want to be killed in a battle between Al-Qaeda and security forces," says Kritawi, who abandoned his city-centre house.

But Sadeq Tallal Assaf, a 31-year-old municipal worker, has decided to stay put and protect his home, after getting family to safety.

"After mortar shells fell on Fallujah, and the increase in clashes, I moved my father and my mother and my wife and my three children... to my uncle's house" in Baghdad, Assaf says.

"I will stay at home to protect it from theft, as I am able to handle the harsh circumstances more than they could."

Fallujah was the target of two major assaults after the 2003 US-led invasion of Iraq, in which American forces saw some of their heaviest fighting since the Vietnam War.

And it now seems set to be the site of yet another battle.

Parts of Fallujah and Ramadi, both west of Baghdad, have been held by militants for days, harkening back to the years after the 2003 US-led invasion when both cities were insurgent strongholds.

Fighting erupted in the Ramadi area Monday, when security forces removed the main anti-government protest camp set up after demonstrations broke out in late 2012 against what Sunni Arabs say is the marginalisation and targeting of their community.

It then spread to Fallujah, and the subsequent withdrawal of security forces from areas of both cities cleared the way for militants from the Al-Qaeda-linked Islamic State of Iraq and the Levant (ISIL) group to move in.

A senior security official in Anbar said Saturday that Fallujah was out of government control, with ISIL militants holding the city.

Garbage and bullet casings, but no electricity

Five days after the killing began, garbage is piled up in some streets, while others are littered with bullet casings from the fighting.

Most shops are closed, but bakeries remain open, and dozens of people stand in line to buy food.

All electricity in the city is cut, and there is no fuel to operate the generators that normally plug gaps in government-provided power.

"I will escape with my wife and children, as I am afraid they will die, because security forces are no longer able to distinguish between gunmen, Al-Qaeda and civilians," says Ahmed Mutlak, 52, who owns a shop in central Fallujah.

He asks the government "to issue a statement demanding the evacuation of Fallujah residents, and to ease the departure of the families" to protect them "from the battles expected to erupt at any time."

Abu Mohammed, a secondary school teacher, complained that "families left their houses... without having any place to go."

"We hope there will not be a big battle."

Liz Cheney is one of the few Republicans to condemn the attempted coup on January 6 and to join Democrats in the investigation. Standing against an armed insurrection is a bizarrely low bar, but Cheney deserves a little credit for being one of two to meet it.

That’s where the credit should stop, though.