Massive pile of poop dumped outside the French National Assembly 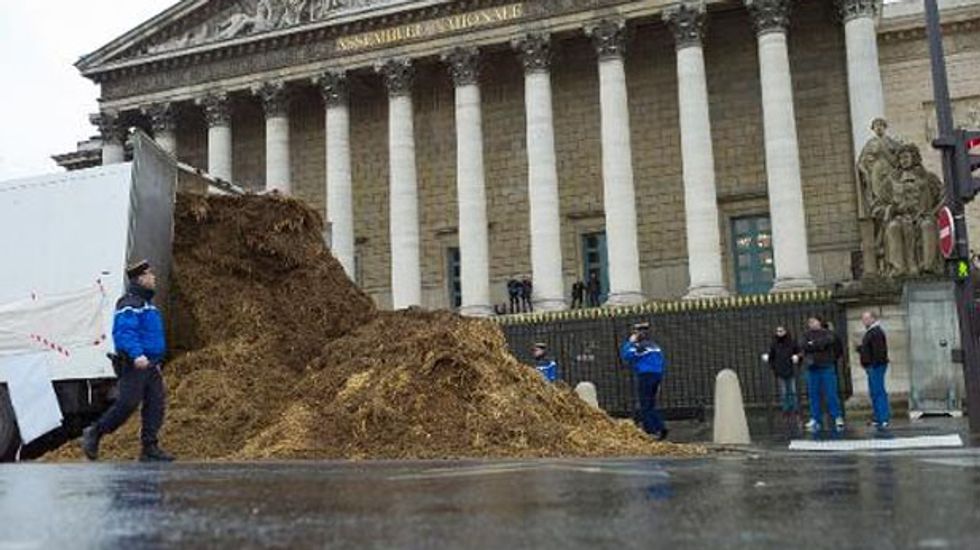 A truck dumped a huge pile of manure outside France's National Assembly on Thursday in a protest against the French political elite.

The driver of the truck -- which was marked with the slogan "Out with Hollande and the whole political class!" -- was apprehended by police shortly after releasing his smelly load outside the front gates of the grand Palais Bourbon that hosts the lower house Assembly.

He was taken to a nearby police station and expected to face charges.

It was unclear what was behind the protest, but it comes as President Francois Hollande faces a scandal over revelations he had affair with an actress 18 years his junior.