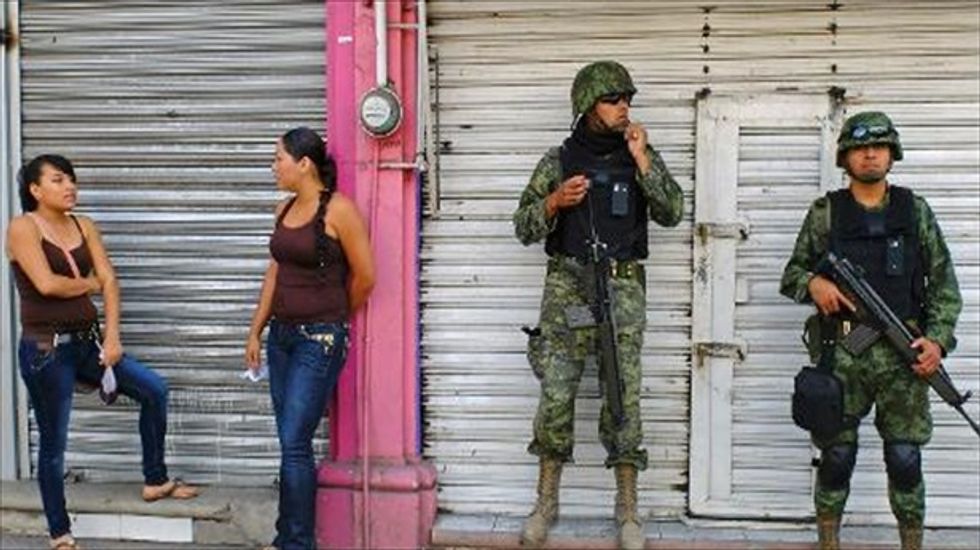 Mexican vigilante militias battling drug-traffickers in the restive state of Michoacan said Thursday they had returned several hundred acres of land seized from villagers by the notorious Knights Templar cartel.

The symbolic handover of some 654 acres (265 hectares) of land, which included many avocado and lemon orchards, took place in the village square of Tancitaro in the Michoacan highlands.

"Citizens, businessmen, farmers, people in the communities are bewildered by these narcos. Let's get them out of our land," militia leader Estanislao Beltran told AFP at the end of the ceremony.

Civilians first took up arms in February 2013 to oust the Knights Templar from the region, saying local police were either colluding with gangs or unable to deal with the violence and extortion rackets.

Since then, officials have alleged that at least some civilian militias were backed by a cartel, with critics noting that they used unlawful assault rifles that gangs usually own.

Mexico's federal police and army troops are currently waging a major operation aimed at wresting back control of Michoacan from the Knights Templar gang.

Federal security forces have also clashed with vigilantes who have refused to give up their weapons.

Beltran said Thursday his militia group would not lay down their arms and would continue to try and recover land seized by cartels, demanding the capture of drug lords before any disarmament.

Michoacan, where much of the population lives in poverty, has become the most pressing security issue facing Mexico President Enrique Pena Nieto, who inherited a bloody war on drugs from his predecessor in 2012 that has left more than 77,000 people dead since it was launched in 2006.