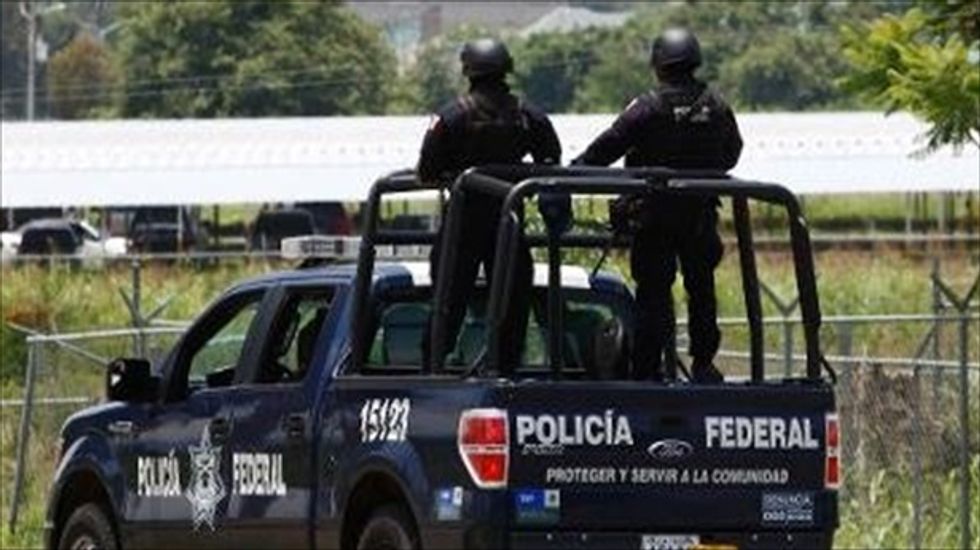 Jesus Vasquez Macias, 37, who goes by the alias "El Toro," was captured along with two other men and charged with offenses related to organized crime, said the executive secretary of the National Public Security System.

Vasquez Macias, who was picked up in the port city of Lazaro Cardenas, is a central figure of the Knights Templar operating in restive Michoacan, said Monte Alejandro Rubido Garcia.

Federal forces in recent days have moved into Michoacan, in western Mexico, and tried to disarm vigilante groups and flush out the Knights Templar drug trafficking gang, which has seized control of large swathes of Michoacan.

Self-defense groups made up of farmers and other local people first took up arms in February 2013 to oust the Knights Templar from the region, saying local police were either colluding with gangs or unable to stop the group's violence, kidnapping and extortion rackets.

Michoacan, where much of the population lives in poverty, has become the most pressing security issue facing Mexico's President Enrique Pena Nieto, who inherited a bloody war on drugs from his predecessor in 2012 that has left more than 77,000 people dead since it was launched in 2006.