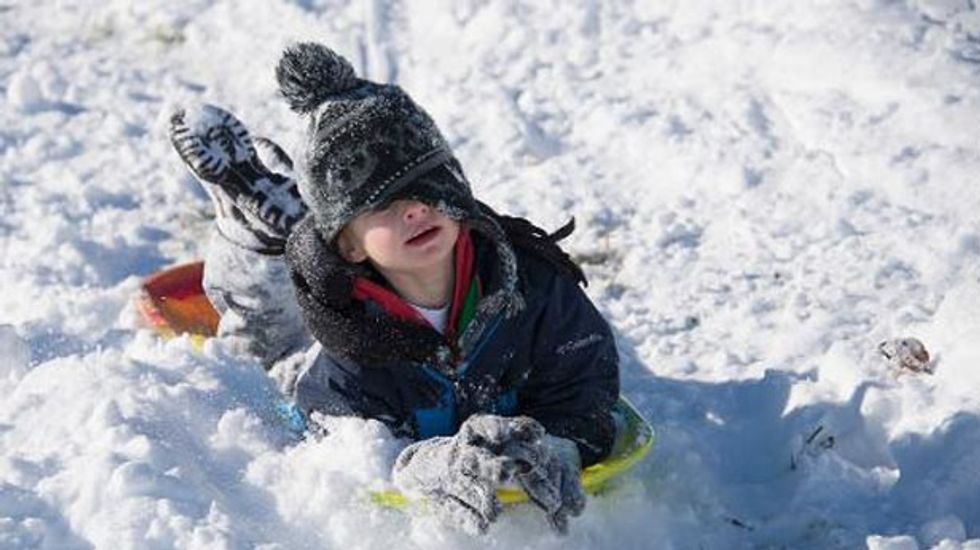 Millions of people across the United States on Monday made last minute preparations for an unusually bitter Arctic blast that could send temperatures plummeting to their coldest in 20 years.

The wind chill from the rare "polar vortex" could make it feel as cold as -60 Fahrenheit (-51 Celsius) in places, weather forecasters say, prompting authorities in several towns and cities to issue warnings that people should stay indoors and stock up on food.

Exposed skin could suffer frostbite in as little as five minutes in such conditions, experts warn.

The National Weather Service described the weather as "life-threatening."

"The coldest temperatures in almost two decades will spread into the northern and central US today behind an Arctic cold front," it said.

"Combined with gusty winds, these temperatures will result in life-threatening wind-chill values as low as 60 degrees (Fahrenheit) below zero. Also, heavy snow will develop from the eastern Plains to the Great Lakes today, with up to a foot of accumulation possible."

Authorities warning people that they could face issues like cars that won't start and flooded roads that quickly ice over caused by water pipes that freeze and burst.

Thousands of flights out of major airports like Chicago O'Hare International and New York's John F. Kennedy were delayed or canceled Sunday due to weather-related problems. At O'Hare, one of the country's busiest airports, officials said that more than 1,300 flights were canceled.

The states of Minnesota and North Dakota were expected to experience the worst weather.

Minnesota Governor Mark Dayton announced that schools will be closed Monday "to protect all our children from the dangerously cold temperatures."

In Wisconsin, Sunday's National Football League playoff showdown between the Green Bay Packers and the San Francisco 49ers at the open-air Lambeau Field in Wisconsin was one of the coldest NFL games in history.

Freezing rain is forecast to hit the south and east, affecting the New England region, New York and Washington, with the extreme weather expected to continue into the early part of the week in many places.

"The heavy snowfall and freezing temperatures have combined to create hazardous conditions in many areas of the state," said Michigan Governor Rick Snyder. "Residents should heed advisories and stay off the roads if at all possible."

Illinois Governor Pat Quinn described the storm as "one for the record books, and we want to make sure everyone stays safe and warm until it passes.?

The Weather Channel said the country should be prepared for an imminent "blast of brutally cold air" that would buffet some states until Tuesday.

Deaths blamed on the frigid weather include a worker crushed by a 100-foot (30-meter) pile of salt being prepared to treat roads in the Philadelphia area on Friday, and a 71-year-old woman suffering from Alzheimer's disease who froze to death after getting lost in New York state, officials said.

In Colorado, a small passenger plane burst into flames upon landing in a snow-blanketed airport near Aspen on Sunday, though it was unclear if the accident was weather related.