Nancy Grace: People on pot shoot each other, strangle each other, and kill whole families 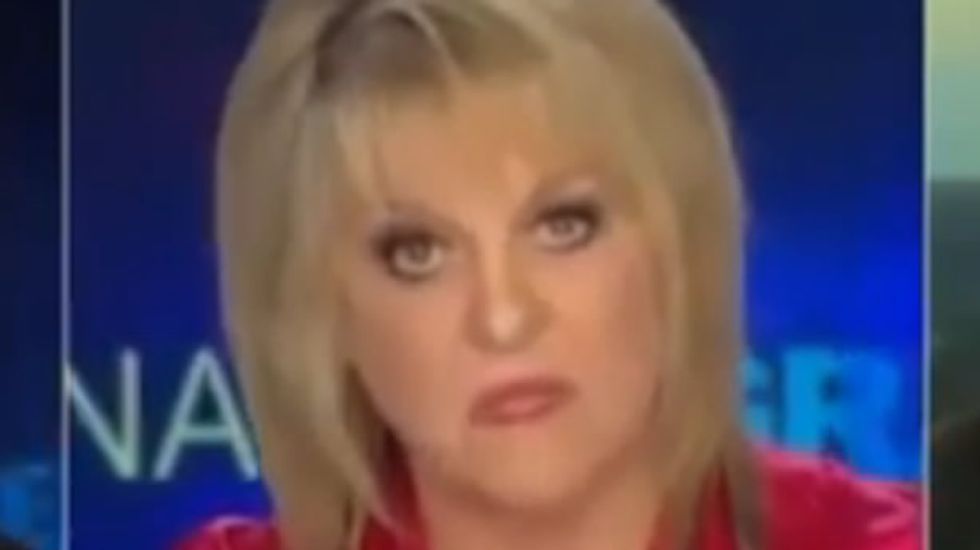 On Tuesday, Nancy Grace claimed that people on marijuana shoot, stab and strangle each other, and that children shouldn't bear witness to their parents drinking soda.

Grace first asked the Director of Communications for the Marijuana Policy Project (MPP), Mason Tvert, what the MPP is and whether "you get paid by them."

"Yes," Tvert replied. "That's my job, and our mission is to end marijuana prohibition and replace it with a system where marijuana is regulated and taxed and treated similarly to alcohol."

"It's the system," he continued, "that a majority of Americans now think would be a much preferable system to the one we have."

Sensing an opportunity, Grace responded, "in a nutshell, could you say why you think marijuana should be legalized -- because, I mean, you know it's addictive, highly addictive."

Tvert replied that "marijuana's addictive properties have been found to be actually pretty mild compared to alcohol and tobacco, and even caffeine."

"So you -- you are admitting it is addictive," Grace interjected.

After Tvert calmed Grace down by pointing out that many recreational users are "normal people, just like you, who enjoy using marijuana for the same reason people enjoy having a drink after work," Grace again interrupted him.

"No, no," Grace replied. "The first time -- there was this gorgeous lady standing in the middle of the courtroom crying, and I didn't understand what was going on. They said she was a stockbroker. She had got addicted to pot, ended up losing her job, wrecked her car, couldn't make her house payments on her house, so her husband got custody of the children, and now she has no house, no car, no family, nothing."

Later, a treatment specialist who profits off of "curing" patients of their marijuana addiction began to question the moral legitimacy of MPP's mission, saying, "just because you're a non-profit doesn't mean you're doing meaningful work. I mean, anyone can start a non-profit."

"Sir," Tvert replied, "Come on. The fact is that the majority of Americans are on my side because your side can't come up with a legitimate argument."

"Well," Grace said to the treatment specialist, "I guess that makes you and me complete space aliens, because the last thing I want is for the children -- my twins -- seeing me boozing it up."

"I mean, when my husband drinks Diet Coke, I make him put it in an opaque plastic cup."

Watch the entire segment from Nancy Grace's HLN show below.