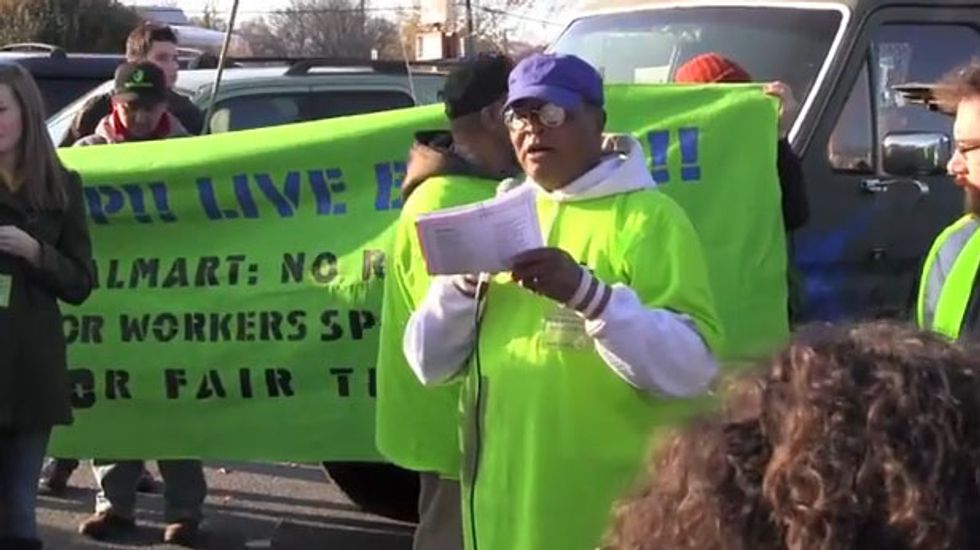 The US National Labor Relations Board on Wednesday issued a formal complaint against giant retailer Walmart, saying it violated labor rules by threatening and punishing workers who joined pro-union protests.

The complaint says that the country's largest employer and a longtime foe of unions violated employee rights in 14 states during the protests around the Thanksgiving holiday in November 2012.

The NLRB complaint, which consolidates a number of separate cases, involves 60 employees, including 19 who were fired or laid off illegally after taking part in the protests.

It names 60 Walmart supervisors and one corporate officer for taking action against workers that allegedly violated their rights.

At stores in numerous states, Walmart "unlawfully threatened, disciplined, and/or terminated employees" for legally joining the protests and engaging in other legal activities that November, the NLRB said in a statement.

"The National Labor Relations Act guarantees the right of private-sector employees to act together to try to improve their wages and working conditions with or without a union," it said.

The NLRB issued the complaint after giving the company time to reach settlements with complainants that did not resolve the problems.