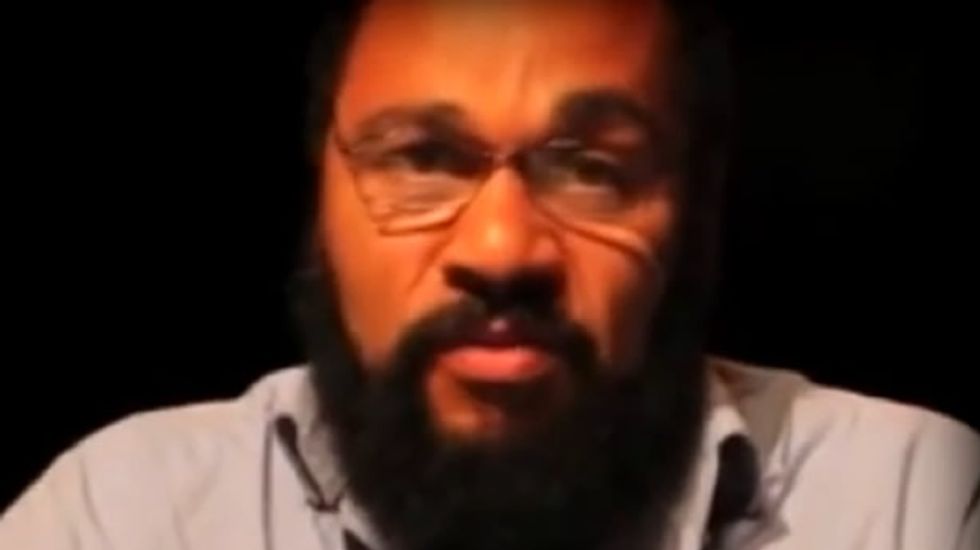 A Nazi-hunting family called for a demonstration and ban against French comic Dieudonne over his vitriolic brand of humour targeting Jews.

Serge and Beate Klarsfeld and their son Arno will be present at a theatre in Nantes, western France, next Wednesday, where the burly and bearded comedian is due to perform.

"The three of us are going to Nantes," Arno Klarsfeld told AFP Friday.

"It is legitimate and normal when someone makes anti-Semitic speeches and says that not enough Jews were gassed in the gas chambers, that people rise up to protest," he said.

Dieudonne, who goes by a single name, is no stranger to controversy. But in the past month, his controversial act has set him at odds with the French interior minister himself.

It was Dieudonne's trademark gesture, an inverted down-arm salute seen as Nazi-style, that again shot into the limelight this week after his friend, French football striker Nicolas Anelka, used it to celebrate a goal in Britain.

The comic insists the gesture is not anti-Jewish and merely reflects his anti-establishment views. But the on-field sign sparked a media storm and Anelka agreed not to repeat it.

French Interior Minister Manuel Valls said he is examining options to try and legally ban performances by a man he brands as a "little trader of hate".

"People who go to see Dieudonne go there to hear Jew-bashing," said Klarsfeld.

"He unites anti-Semites from all sides. They are Islamists, ultra-left or far-right.... His shows are anti-Semitic political rallies."

Klarsfeld thanked Valls for taking up the issue.