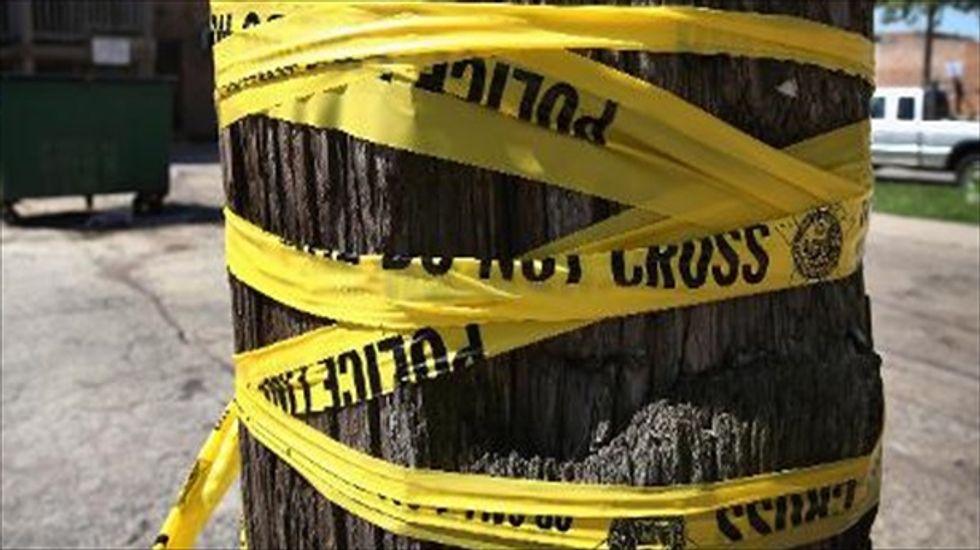 A 12-year-old accused of opening fire Tuesday in a New Mexico middle school -- wounding a teacher and two students -- may have warned some classmates not to come to school.

In the latest school shooting to hit the United States, the boy allegedly burst into his school gym, filled with 500 of his fellow students, pulled out a gun, and started shooting.

The incident finished dramatically when a teacher, himself lightly wounded in the attack, talked the shooter into putting down the gun and surrendering to police.

Berrendo Middle School remained closed Wednesday after the shooting, with residents organizing a vigil to support the two injured students.

New Mexico's Governor Susana Martinez said at a press conference Tuesday night that one of the students, 13-year-old Kendal Sanders, "has come out of surgery and her condition has been upgraded to stable and she is recovering.

The other injured student, an 11-year-old boy whose name was not given "was injured more severely than Kendal," Martinez said.

The boy, whose age was initially identified as 12, was "in surgery for a second time (Tuesday) afternoon and his condition is still listed as critical," she added.

"He's suffered injuries to the side of his face and his neck."

Peter Kassetas, New Mexico police chief, confirmed that the alleged shooter was "a male, 12 years of age" who used "a 20-gauge shotgun" he had hidden in a bag.

His motive remains unknown but police were in the process of searching his locker at school, a bag and "a residence here in the Roswell area," without specifying whether it was the suspect's home.

The boy may also have warned his classmates what was coming, Kassetas said.

"We got some preliminary information that possibly some of the students were warned by the individual prior the shooting not to go to school. We have not corroborated that yet," he told reporters.

Governor Martinez praised what she called the heroic actions of the teacher who stopped the shooter.

Masterson, who had his back to the shooter initially, turned when he heard the first shot.

At that point, he "sees that the young man shoots and shoots and then is pointing the firearm at Mr Masterson. Mr Masterson then begins to talk to him," telling him to put down his weapon.

And then "the young man put the gun down and raised his hands," Martinez said.

Later, the wounded teacher "didn't ask for any medical care because he wanted to continue to take care of the children that were in the gym," Martinez had said.

The incident was the latest in a long line of US school shootings that have triggered a nationwide debate over gun control.

President Barack Obama called for tighter gun ownership laws in the aftermath of the December 2012 shooting at Sandy Hook Elementary in Newtown, Connecticut, where 20 children and six adult staff members were shot dead by a heavily armed gunman.