New video emerges of U.S. soldier Bowe Bergdahl who was captured in Afghanistan 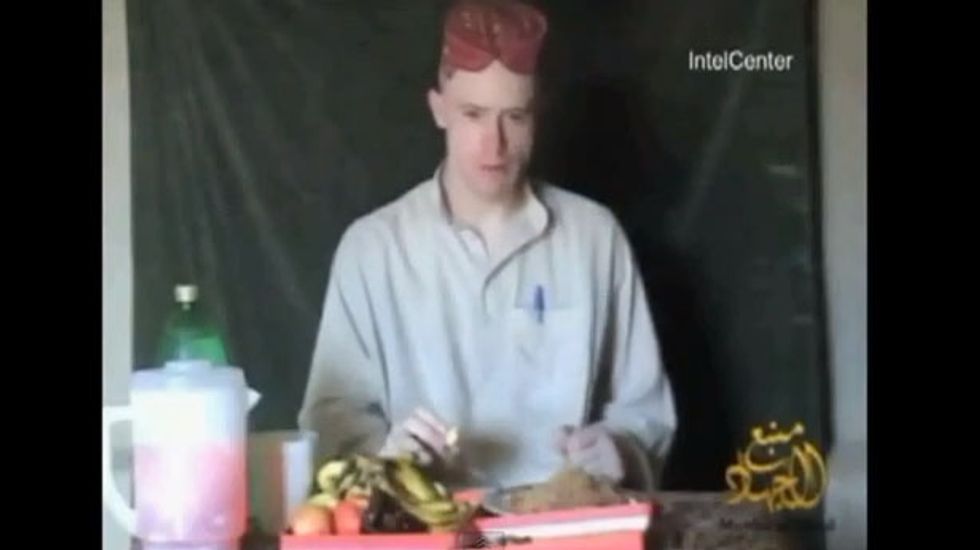 The United States last week obtained a "proof of life" video of US soldier Bowe Bergdahl, who has been held captive by Afghan insurgents since 2009, a defense official said Wednesday.

It was the first video providing proof Bergdahl was still alive in more than three years. The US Army sergeant is the only American soldier held captive by Taliban militants.

"We received a proof of life video," the defense official, who spoke on condition of anonymity, told AFP.

The video shows a frail Bergdahl making a reference to the recent death of South African leader Nelson Mandela, according to NBC News, citing unnamed officials.

The soldier disappeared in June 2009 from a base in eastern Paktika province and the Taliban later said they had captured him.

US officials at one point considered a possible swap in which Bergdahl would be let go in exchange for the release of Taliban members held at the US-run prison in Guantanamo Bay, Cuba. But the deal was never clinched.