New York boy, 8, dies trying to save disabled grandfather from fire after alerting 6 others 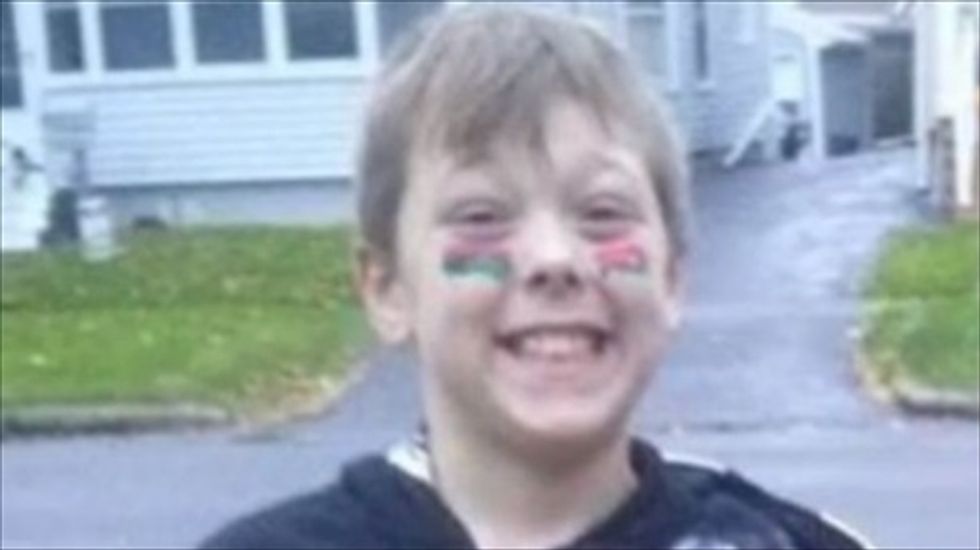 An 8-year-old New York state boy was able to warn six family members about a mobile home fire before dying in the course of trying to save his grandfather, CNN reported on Wednesday.

Fire officials in Penfield, New York, told CNN that Tyler Doohan and his grandfather died from heat and smoke inhalation after the fire made its way to the back of the trailer. Both of their bodies were found in the unidentified older man's room. Tyler's uncle and great grandfather were also found dead elsewhere in the home.

"My sister had his hand and I guess he let go of her and tried to get to my dad," Tyler's mother, Crystal Vrooman, told WHAM-TV. "She opened the window and he wasn't there anymore. She started feeling around through the smoke."

Authorities believe that, after getting out of the home with six other family members, the boy made his way back in and attempted to lift his grandfather out of his bed, as he was disabled and would have needed assistance escaping the blaze. The cause of the fire has not been determined, but it is believed to have started around 4 a.m. Monday morning.

Vrooman told WHAM that Tyler alerted the family after his 4-year-old cousin woke up to find his blanket had caught fire, enabling most of them to escape.

"I am so grateful he went with people that he loved. That he didn't cross over alone," she said. "I'm so glad that he was with his best friends."

CNN also reported that an online fundraising campaign has raised more than $28,000 to be used for the boy's funeral.

Watch CNN's report on Tyler's act of heroism, as aired on Wednesday, below.